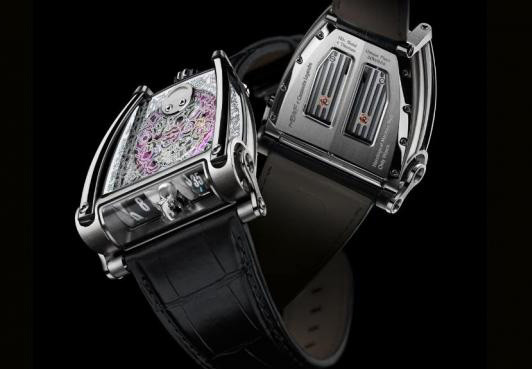 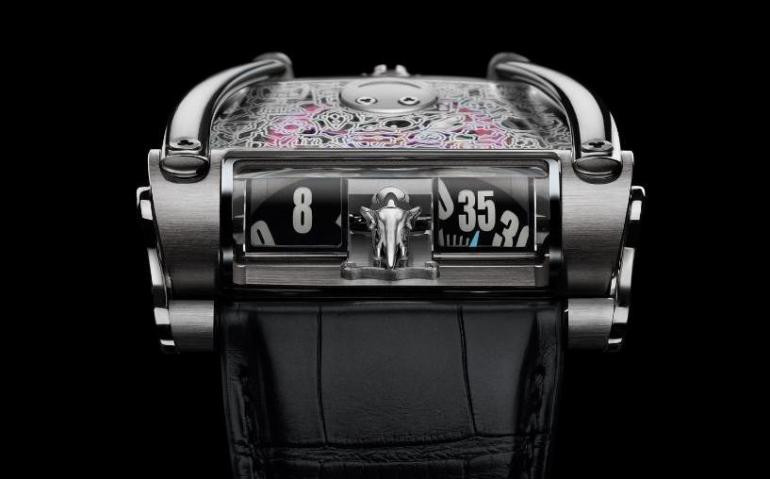 Innovative Swiss watchmakers MB&F have created an eye-catching new timepiece for the upcoming Only Watch charity auction featuring a doodle by a young ballerina.

A unique take on the brand’s HM 8 model, the version created for the prestigious auction was given its distinctive dash of creativity by ballerina Cassandra Legendre.

According to reports, Cassandra’s parents are friends of MB&F founder Max Büsser and was invited to lend a personal touch to the watch.

The 15-year-old’s doodle features a variety of childhood motifs including a robot, jet plane, toy car, jellyfish, ice cream cone, football, sunglasses, and a video game controller. Her detailed design has been engraved and metallized on the sapphire crystal cover of the engine.

Other notable features include a double screwed plate that has been turned into a smiley face, while a miniature white gold elephant is seen between the hour and minute prism.