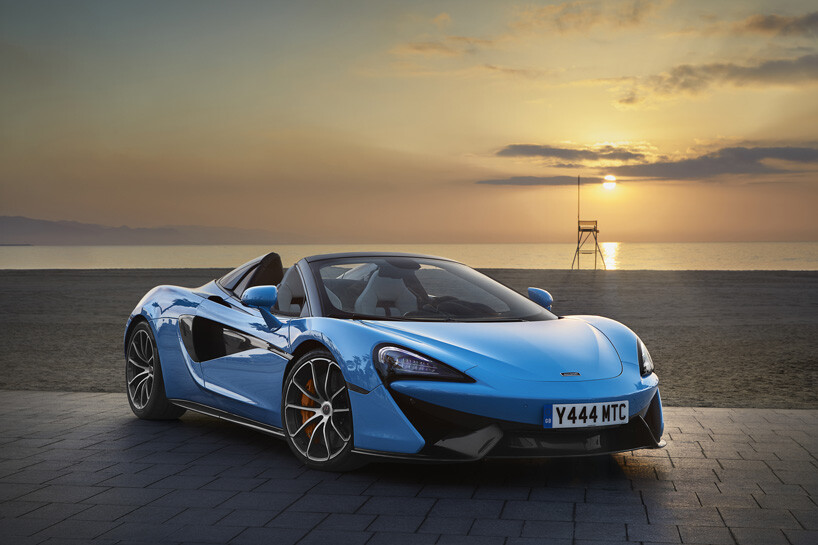 McLaren Automotive displayed the latest car from its Sports Series range during the 31st Auto Zurich car Show, which came to a close earlier this week.

The 720S, the first new model of the second-generation Super Series, returned to Switzerland after its premiere at the Geneva Motor Show earlier this year.

The new two-seat, rear-wheel drive 570S Spider is the third body style in McLaren’s Sports Series portfolio, lining up alongside the 570S Coupé and the 570GT.

Billed as combining the dynamic thrills and refinement of the 570S Coupé with the extra exhilaration of open-air motoring, the 570S Spider brings supercar attributes such as carbon-fibre construction, a mid-engined layout and extreme performance to the luxury sports convertible segment for the first time.

“McLaren has enjoyed five years of success in Switzerland and Auto Zurich is the ideal event to display our latest models and offer prospective customers the opportunity to explore and experience McLaren,” said David Gilbert, Managing Director, Europe, McLaren Automotive.

“With interest in McLaren’s cars continuing to grow, helped by the introduction this year of the second-generation Super Series and our first Sports Series convertible, the McLaren 570S Spider, we are looking forward to further growth in the Swiss market.”

“Super Series is the core of the McLaren product family and personifies the blend of extreme performance, crafted luxury and unparalleled driver involvement that is the McLaren heartland,” added Christoph Haas, Managing Director, Schmohl AG Zurich.

"This is the first-time McLaren has replaced a product family and the new 720S is absolutely true to McLaren’s pioneering spirit. As a McLaren  retail partner, we are very proud to be part of the exciting and successful development of the brand for the sixth year.”