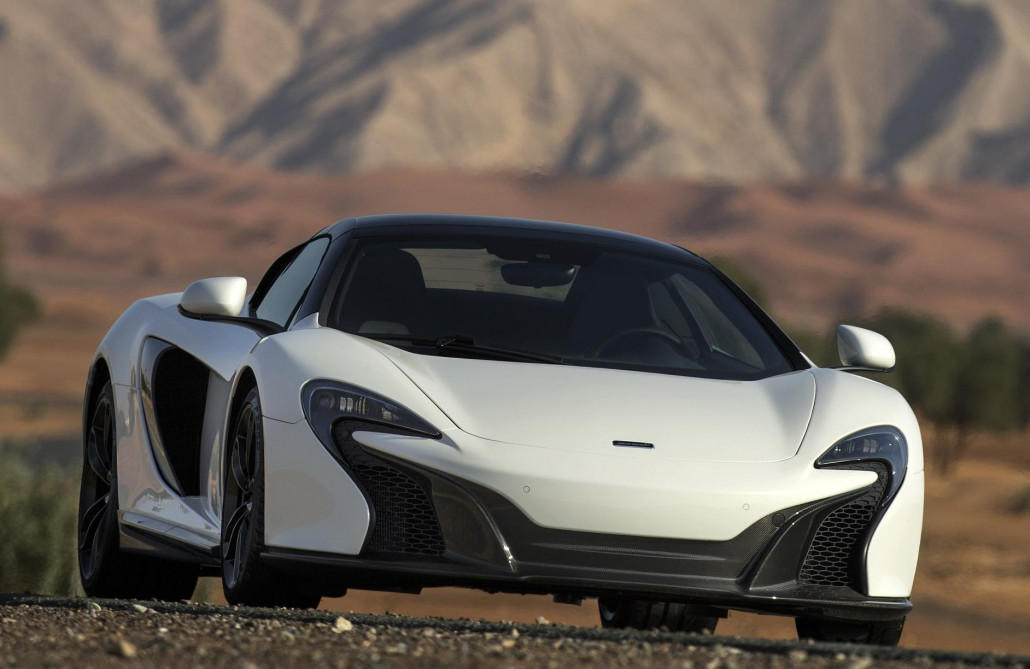 McLaren Automotive has debuted an exclusive model bespoke to the Middle East – the 650S Spider Al Sahara 79 – at the 2015 Dubai Motor Show.

Developed by McLaren Special Operations, the special edition model is being presented alongside the British carmaker’s 570S Coupé and a customised example of the McLaren P1 at the Dubai show.

McLaren Special Operations is the division of the company responsible for bespoke craftsmanship – and is available exclusively for Middle East customers. The new model’s uniquely formulated paint scheme and bespoke specification have been inspired by the styles, cultures and landscape of the region.

‘Al Sahara’ translates from the Arabic for ‘desert’, which forms such a distinctive part of the Middle Eastern landscape and is depicted in the car’s paint finish achieved through the addition of 24 carat gold particles.

The exterior includes a retractable hard top and lightweight forged alloy wheels finished in gloss black, while carbon fibre is used for the side intakes, front splitter and rear diffuser.

A fully custom-zoned interior features black and Almond White leather upholstered electrically-adjustable sports seats with contrasting stitching, with the Al Sahara 79 paint scheme carried through to the steering wheel, centre console and door panels around the heating and ventilation controls. A dark golden finish has been applied to all switchgear and heating vents.