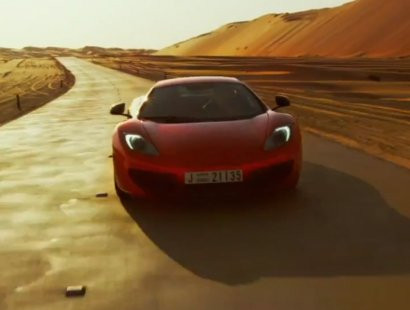 British car-maker McLaren has released a video to mark the Middle East launch of the brand’s high-performance MP4-12C sports car.

The promotional film, titled “The Perfect Line” shows the McLaren supercar traversing the desert before finding its way to the Yas Marina Circuit in Abu Dhabi.

Mark Harrison, Regional Director, Middle East and Africa at McLaren Automotive, said: "We wanted to produce this video to highlight our presence across the Middle East and reaffirm our commitment to establishing our brand in the region."

The release of the video also marks the opening of McLaren new showroom in Abu Dhabi.

McLaren Auomotive – formerly McLaren cars – was created in 1989 as a producer of road cars based on Formula One technology.