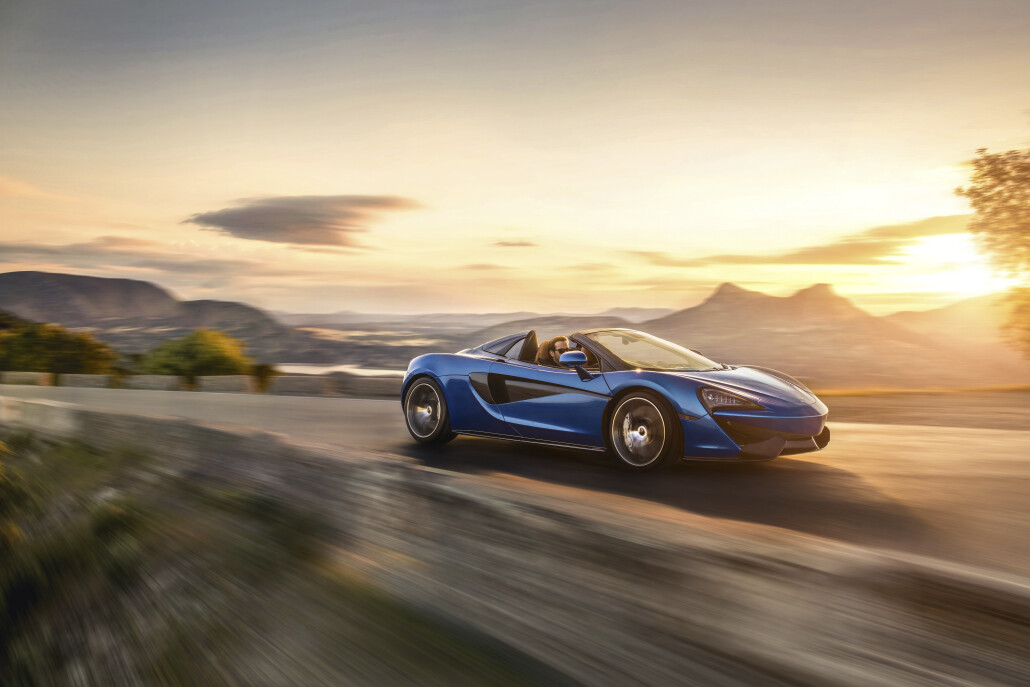 The Goodwood Festival of Speed is gearing up for its 2017 edition which begins in earnest next week, and one of the most eagerly awaited part of the show has already been given a sneak preview.

British sports car makers McLaren have revealed a drop-top spider variant of its entry-level 570S mid-engine supercar, which represents the third body type in the brand’s Sport series portfolio, which already includes the 570S Coupe and the 570GT.

The dropt-top uses an electrically operated, two-part folding roof mechanism which is similar to the one fitted to the 650S and 675LT Spiders. The retractable roof takes an impressive 15 seconds to open or close and can be operated when the car is moving at up to 25mph.

Other specifications include a 562hp, 3.8-litre twin-turbo V8 engine which enables it to go from 0 to 60mph in just 3.1 seconds and reach a top speed of 204mph. These performance numbers are precisely the same as the coupe version, save for the top speed with the top down which drops down to 196mph.

The 570S Spider will be available in three new exterior colour options of ‘Sicilian’ yellow, ‘Curacao’ blue, and ‘Vega’ blue along with the existing sports series palette.

“The McLaren 570S Spider is the most attainable McLaren Spider to date and adds yet another dimension to the McLaren Sports Series family,” says Mike Flewitt, Chief Executive Officer, McLaren Automotive.

“This is a convertible without compromise; its mid-engined layout and carbon fibre MonoCell II chassis guarantee the same thrilling dynamic performance and exceptional driver involvement enjoyed in a 570S Coupé, but with the added attraction of a retractable hard-top that delivers the extra exhilaration of roof-down motoring.”

McLaren have also confirmed that the first 400 units will be “launch edition” models, available with a starting price of $208,000.

The car will make its public debut on 29th June at the Goodwood Festival of Speed in West Sussex, and the first cars are scheduled to be delivered to customers in August.