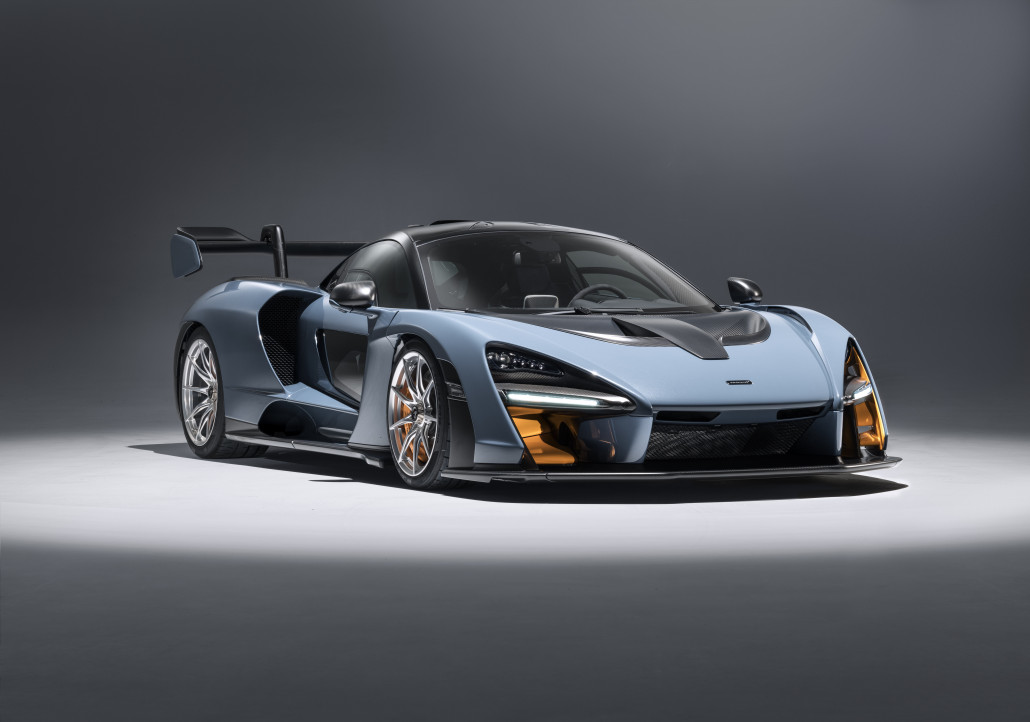 With the eagerly awaited McLaren Senna set to make its public debut at the Geneva Motor Show in March, a selection of technical information and new images have been released to whet the appetite.

Designed, engineered and developed to be the ultimate road-legal McLaren track car, the Senna features a 4.0-litre, twin-turbocharged V8, generating a staggering 800kg of downforce at 250km/h.

The car combines low vehicle weight, extreme power, aerodynamic excellence and a revolutionary, active suspension system to deliver the most responsive and engaging road car experience to date from the British luxury sportscar and supercar maker.

“The McLaren Senna is a car like no other,” said Mike Flewitt, Chief Executive Officer at McLaren Automotive. “The personification of McLaren’s motorsport DNA, legalised for road use but designed and developed from the outset to excel on a circuit.

“Every element of this new Ultimate Series McLaren has an uncompromised performance focus, honed to ensure the purest possible connection between driver and machine and deliver the ultimate track driving experience in the way that only a McLaren can.”

The visual impact of the car is the equal of its performance. Organic shapes have given way to an aggressive design language that bends and guides airflow to meet aerodynamic requirements.

“The design language of the McLaren Senna is extremely aggressive and different from any previous McLaren – because no other road-legal McLaren has had to fulfil such an uncompromising brief,” explains Rob Melville, Design Director at McLaren Automotive.

“When you see the car for the first time, you know instantly how single-minded and focused it is; to meet the performance targets we have had to go to an entirely different level from even the McLaren P1.”

The McLaren Senna is priced at £750,000. Just 500 will be built, each hand-assembled in a 300-hour process at the McLaren Production Centre in Surrey, England.