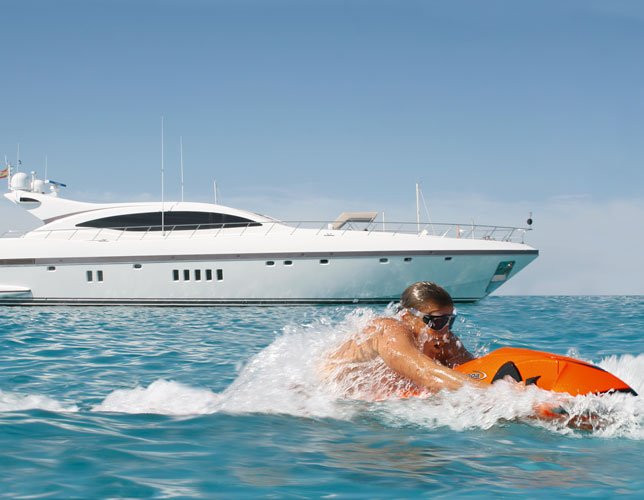 McQueen Luxury Toys Ibiza, makers of luxury aquatic toys, are to hold a lavish launch party on the Spanish island of Mallorca this coming weekend (5-6 May).

Taking place at Port Adriano Beach on the southwest of the island on both Saturday and Sunday, the first day will be given over to journalists and special guests who will be invited to try out some of McQueen’s extreme toys, including the high-tech Flyboard, a jet powered board that propels users up to 7 metres in height.

Amongst those in attendance on Saturday will be members of the popular Spanish television program El Hormiguero, former Spanish Grand Prix motorcycle racer Sete Gibernau, and Ibiza DJ ‘Guru Josh’.

On the Sunday members of the public will be allowed to view and sample the luxury toys at their leisure.

As well as the Flyboard, other luxury toys present at the two-day launch party will include the Jet-lev, the Seabob, the Bladefish, and the Aqua-glide – each offering varying functions to allow for extreme aquatic entertainment.