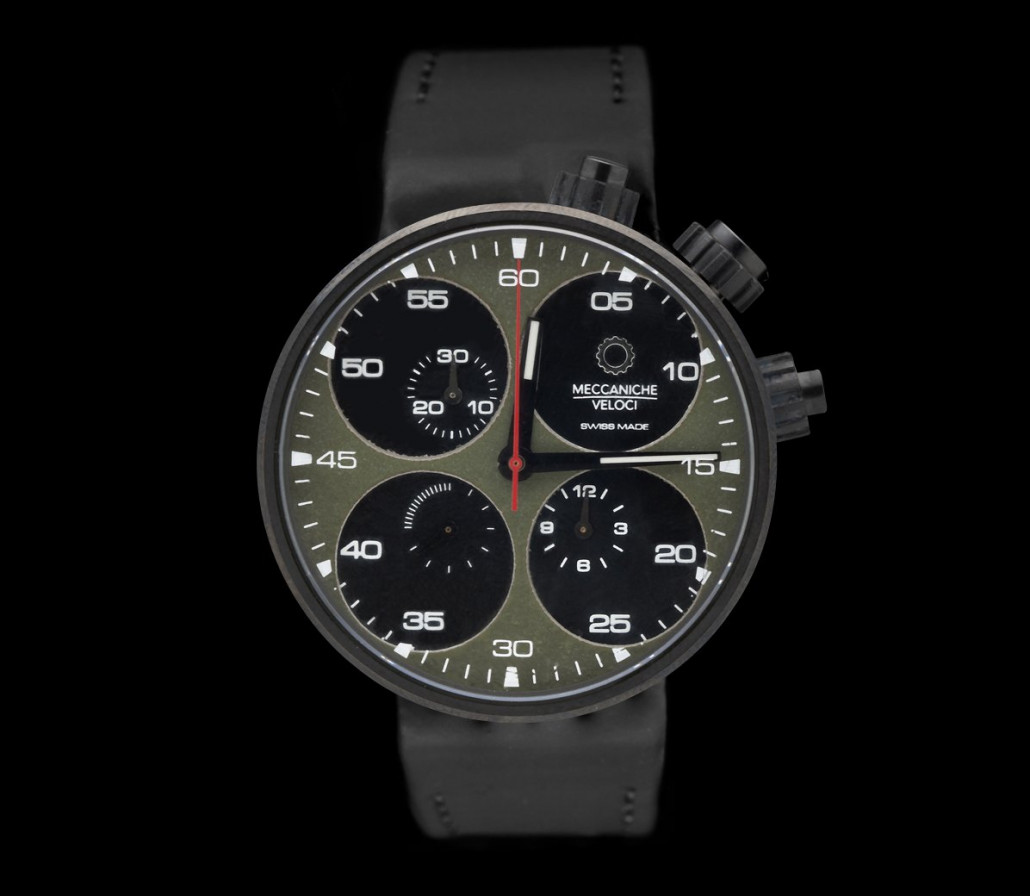 Italian watchmaker Meccaniche Veloci has created the latest timepiece in its series of Only One Watches – the Air Huey – which is crafted from parts of an actual helicopter that served in the Vietnam war.

The watch was created using a panel from the Bell UH-1 Iroquois helicopter, or 'Huey' as it's commonly referred to, which became an icon of the Vietnam conflict by delivering troops to the front lines and carrying the injured to field hospitals.

First launched at Baselworld 2012, the Air Huey comes in four different versions, but only one of each design. The four versions will each have their own one-of-a-kind dial.

The Huey made its debut flight in 1956, and is estimated to have rescued as many as 1,000 lives during the Vietnam war.

The bi-annual “Only Watch” charity auction was established in 2008. Watch brands around the world create and donate a single, one-off watch for the auction, with all proceeds going to research into Duchenne Muscular Dystrophy disease.