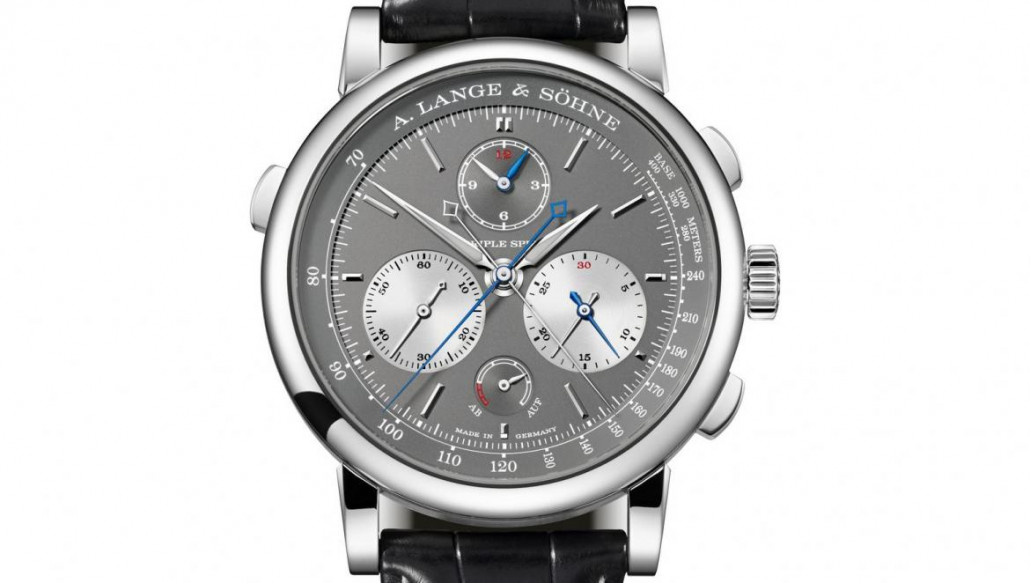 German watchmakers A. Lange & Söhne have created a new timepiece billed as one of the most innovative and ground-breaking ever made.

Called the Triple Split Chronograph, the watch is capable of measuring and comparing the time of two concurrent events, of up to twelve hours’ duration. It is also equipped with a jumping minute counter and a triple-flyback mechanism.

The ability to measure comparative times from anywhere between one-sixth of a second and twelve hours will allow its wearers to time long events, such as triathlons, Formula 1 races and stages of the Tour de France.

Split seconds on the chronograph are indicated by a pair of central hands, while the counter at four o’clock counts up to 30 minutes. Split hours on the Triple Split reside at 12 o’clock and the power reserve is at six o’clock.

All three of the watch’s rattrapante hands are in blue, making them stand out from the otherwise monochromatic theme of the watch.

The watch comes in an 18-karat white gold case, measuring 43.2mm by 15.6mm and arrives on a hand-stitched black alligator leather strap fitted with a deployant buckle in white gold.

In 2004 A. Lange & Söhne introduced the world’s first mechanical split-seconds chronograph capable of taking a comparative time measurement of up to 30 minutes.