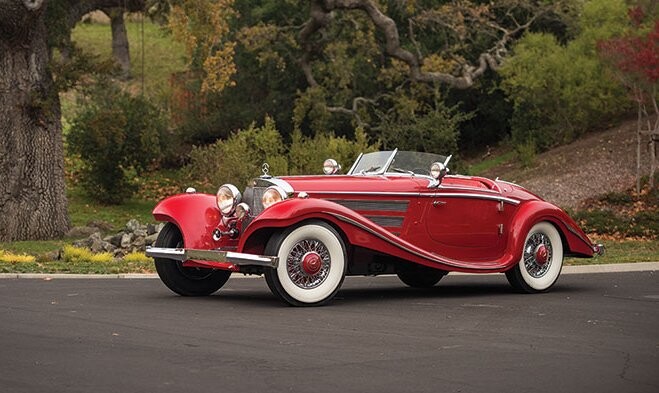 RM Sotheby’s has announced an eye-catching series of final entries for its first event of the New Year - its 17th annual Arizona sale at the Arizona Biltmore Resort & Spa.

The group is headlined by a 1937 Mercedes-Benz 540 K Special Roadster, which is expected to fetch more than $10 million when it goes under the hammer later this month.

One of the most prestigious automobiles of the interwar years, the Special Roadster is the ultimate Mercedes-Benz 540 K. The example on offer is one of the earliest of the breed, and one of very few built with high doors, long tail and factory left-hand drive.

Over the years, the Special Roadster has been the centerpiece of some of the world’s most prominent car collections, before making its way to its current custodian in 1989.

“In the world of luxury automobiles, the 540 K is a car with few peers and effortlessly checks all the boxes when it comes to collectability, namely extreme beauty, power and rarity,” says Ian Kelleher, Managing Director, RM Sotheby’s West Coast Division.

“Very few Special Roadsters were built in this most desirable configuration of high doors, long tail, and factory left-hand drive, of which only six are believed to exist today. These cars are held in esteemed collections and rarely come to public market.”

Another feature attraction of RM Sotheby’s Arizona sale is the presentation of 12 motor cars from the esteemed Craig McCaw Collection, including a 1911 Lozier Model 51 Seven-Passenger Touring and a 1949 Jaguar XK 120 Alloy Roadster.

In total, RM Sotheby’s will present some 149 blue-chip automobiles at its two-day Arizona sale.