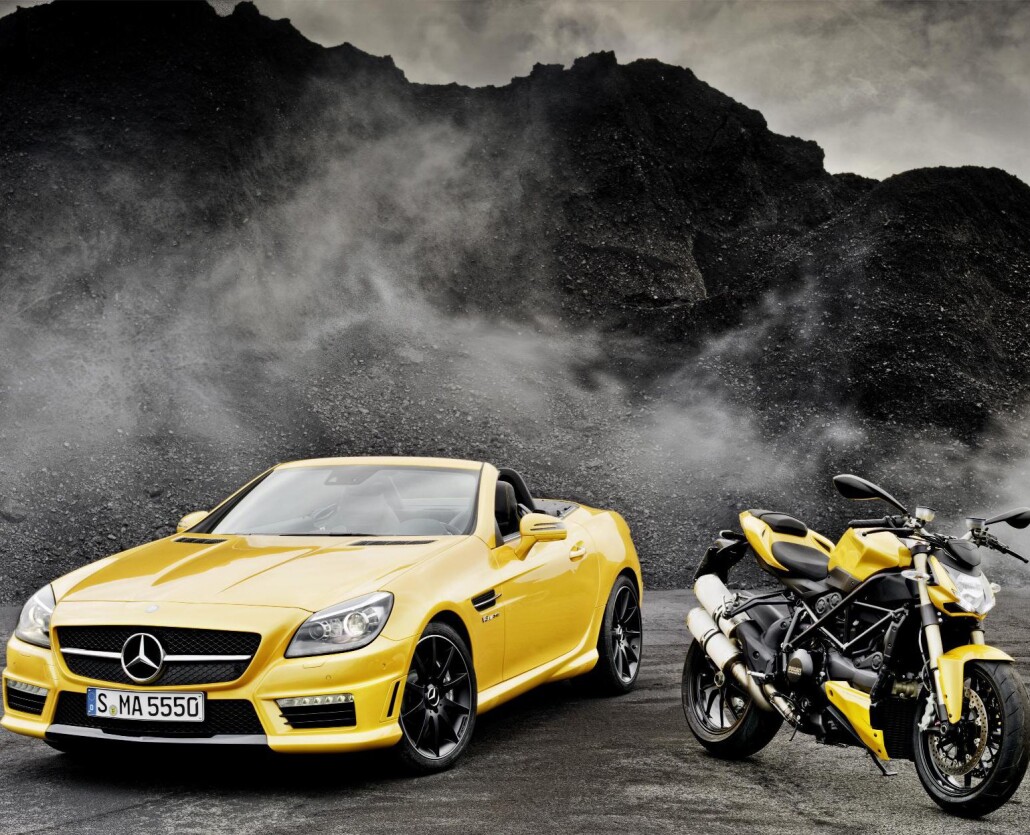 Luxury car and motorcycle brands Mercedes-Benz and Ducati are showcasing the fruits of their cooperative marketing relationship at the 2011 Bologna Motor Show in Italy.

The collaboration was originally announced last year, and the two companies have now unveiled their first creations – a Mercedes-Benz SLK 55 AMG and a Ducati Streetfighter 848. Both vehicles are finished in an identical paint hue dubbed “streetfighter yellow”.

Billed as the most powerful SLK ever, the SLK 55 AMG boasts an AMG-tuned 5.5-litre V-8 engine delivering 416 horespower and 398 pound-feet of torque. The car goes from 0-60mph in just 4.6 seconds and reaches a top speed of 155mph.

The Ducati Streetfighter 848, meanwhile, produces 130 horsepower and 69 pound-feet of torque, despite weighing in at just 439 pounds filled with gas and oil.

Since the signing of the marketing agreement, Mercedes and Ducati have participated in joint appearances across the world.