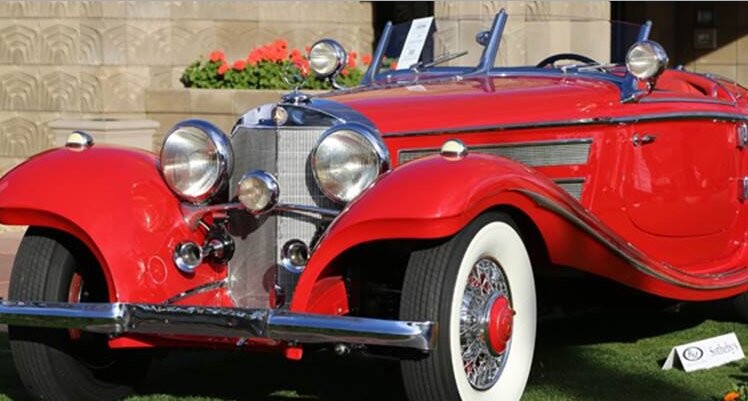 A 1937 Mercedes-Benz 540 K Special Roadster was the top seller at RM Sotheby’s Arizona sale, achieves $9.9 million to set new record as the most valuable automobile ever sold in Arizona auction week history.

Attracting bidders from 20 countries, the two-day sale presented 149 blue-chip automobiles, which together generated $62.8 million in sales at the 17th annual Arizona Biltmore sale in Phoenix.

The undisputed star of the event was the 1937 Mercedes-Benz 540 K Special Roadster, a highly desirable “high door”, “longtail”, factory left-hand-drive Special Roadster that was offered fresh to the market following 26 years in single ownership.

“We are thrilled with the sales result from this week’s Arizona auction. Though we did not witness significant price increases, we were very encouraged to see the strong sell-through rate, which indicates continued interest in the hobby,” says Ian Kelleher, Managing Director, RM Sotheby’s West Coast Division.

“There remains a healthy appetite for high-quality, fresh-to-market consignments, and with this week’s results on par with the strong success of last year’s Arizona sale, we expect continued interest, attendance and participation at our upcoming events.”

From the Arizona desert to the City of Light, the RM Sotheby’s team heads directly to Paris for its annual sale during the world-famous Retromobile week which kicks off tomorrow.