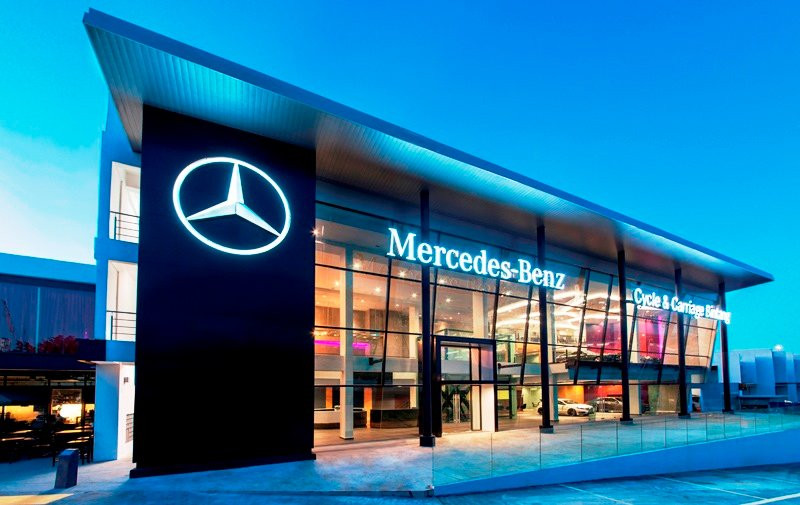 Mercedes-Benz have opened a “City Store” retail outlet in Kuala Lumpur that offers a new twist on the traditional car showroom.

Spread over 9,373 square metres in one of the city’s major entertainment hubs, the store replaces the showroom that was situated further along the same road for many years.

The first of its kind in Malaysia, it displays 7 vehicles as along with an array of features including a private iShowroom lounge and exclusive bar and lounge as well as interactive signage.

The store also boasts a striking décor, including a black ceiling, wood finishing , multi-coloured wallpaper and lighting billed as amplifies the vibrancy of the Mercedes-Benz brand.

Late last year, Mercedes-Benz announced they had turned their talents to the hospitality work by designing six luxury London apartments.

Founded by Karl Benz and Gottlieb Daimler in 1926, Mercedes-Benz is part of the "German Big 3" luxury automakers, along with Audi and BMW, which are the best-selling luxury automakers in the world.