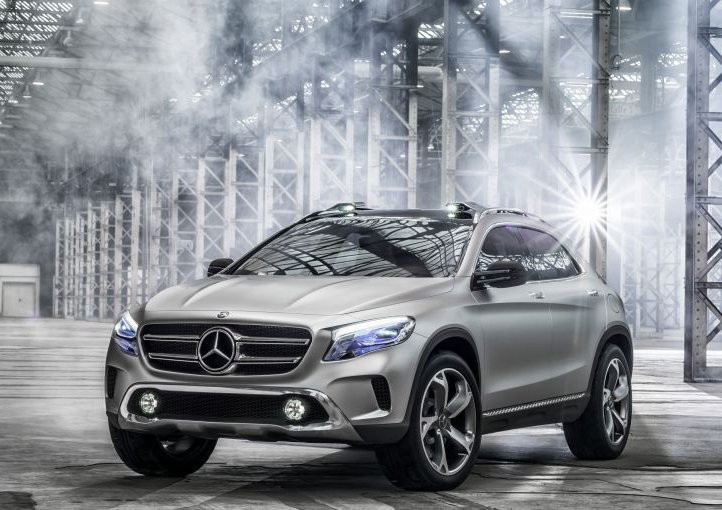 Mercedes-Benz unveiled its latest premium SUV concept, the GLA, at the 2013 Auto Shanghai car show, which came to a close yesterday.

Available with both two and four-wheel drive powertrains the 4,383mm GLA boasts a four-cylinder, 2-liter turbocharged petrol engine capable of pumping out 211bhp via a seven-speed double-clutch automatic transmission.

Described by Mercedes as a ‘concept’ model, the GLA, is almost identical to the production version set to go on sale next year, and has been designed for both city driving and leisure trips further afield.

“The Concept GLA marks a new approach for us in the compact SUV segment — this is a sporty and more coupé-like evolution of this category of vehicle,” said Dr Joachim Schmidt, Executive VP Mercedes-Benz Cars, Sales and Marketing.

Notable features include externally mounted 3D/HD cameras that give the driver a birds-eye view of everything surrounding the vehicle, but that can also be removed and mounted on a helmet or mountain bike so that families can record their adventures. These films or still photos can then be projected directly on to a wall or any other vertical surface, effectively turning the car into a mobile drive-in cinema.

The GLA also comes with light-emitting air vents that shine blue when the air conditioning is set below 22°C and start to glow a brighter red as the heat is turned up.

Mercedes-Benz is yet to announce full pricing, but the GLA is expected to be available from about £25,000 when it goes on sale early next year.