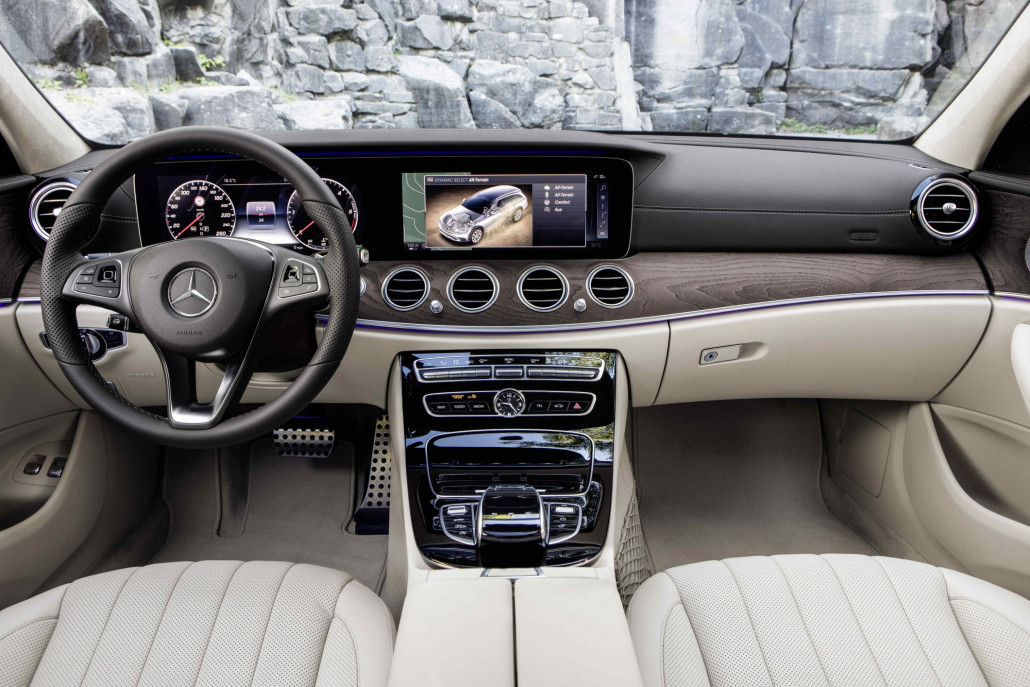 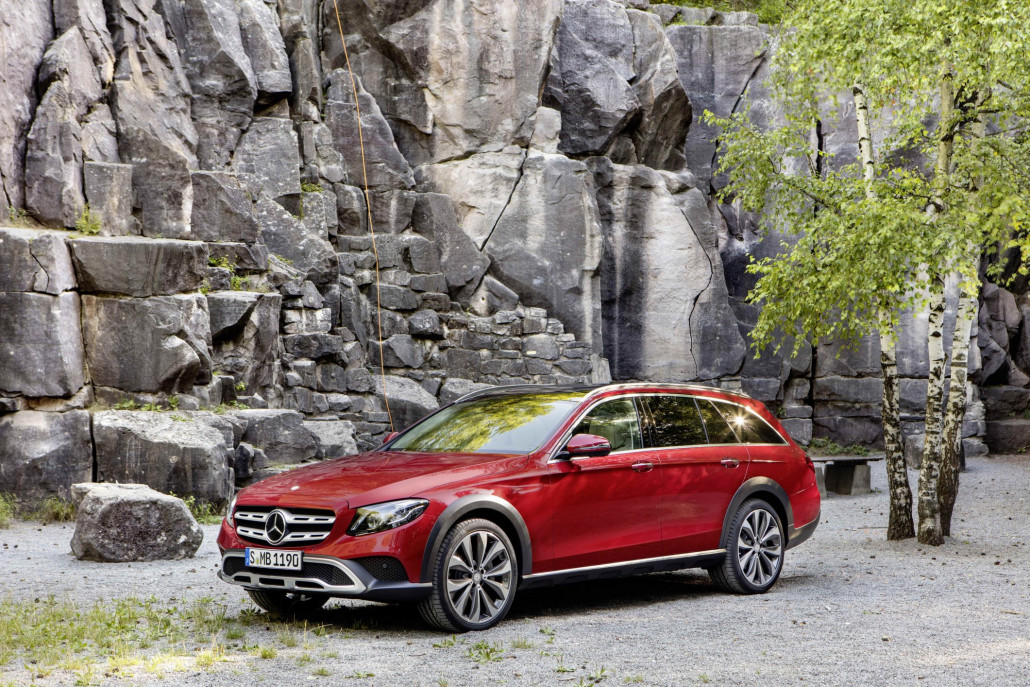 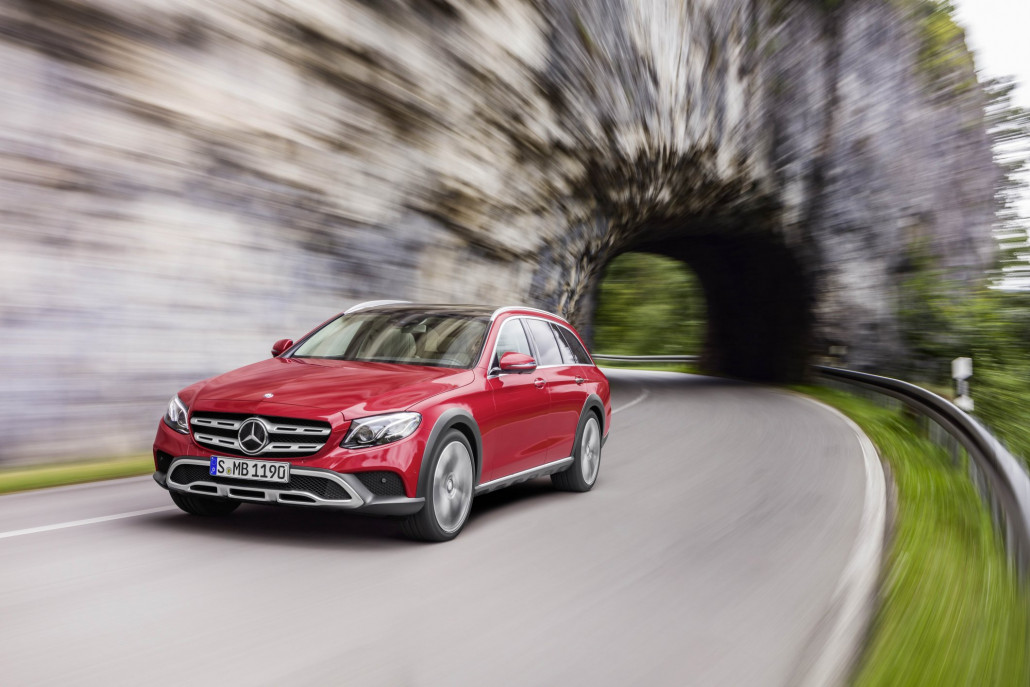 From unpaved tracks to steep, serpentine snow-bound roads, the new Mercedes E-Class All-Terrain can tackle routes where conventional estates have to give up, thanks to greater ground clearance and 4MATIC all-wheel drive.

Rugged styling and flared wheel arches also give it a tough look. The E-Class All-Terrain has made its world premiere at the Paris Motor Show 2016. The first cars will arrive in the UK from spring 2017, while pricing and specification will be announced in early 2017.

“No E-Class has ever been as versatile as the All-Terrain,” said Ola Källenius, Member of the Daimler management board responsible for Sales and Marketing of Mercedes Benz Cars.

“The new model combines a striking look in SUV style with the intelligent space concept of the estate. This is coupled with lots of innovative safety features and the multi-award-winning E-Class interior.”

“With 4MATIC all-wheel drive as a standard feature and increased ground clearance thanks to the AIR BODY CONTROL multi-chamber air suspension, the All-Terrain is a flexible all-rounder – for unpaved roads, family and leisure time.”

Thanks to off-road styling elements the All-Terrain has a powerful and robust appearance which also distinguishes it from the classic estate. Dynamism and modern luxury unite to make the All-Terrain an ambassador for the Mercedes-Benz design philosophy of the sensuous clarity that defines modern luxury.

An eye-catching feature of the front is the SUV-style two-fin grille with the star integrated in the centre. The distinctive front bumper and lower panelling, electroplated in silver-chrome, also contribute to the robust appearance. The top part of the three-part front bumper is painted in the body colour and the lower part comes in grained black plastic.

At the side, the black wheel arch covers are a distinctive feature that emphasise the car’s all-terrain character. This also applies to the black side skirt that features a chrome trip strip. Three exclusive alloy wheel sets in 19- and 20-inch formats with higher sidewalls give the vehicle a confident look, greater ground clearance and enhanced comfort on rough roads.

The All-Terrain also features a model-specific three-part bumper at the rear with the top part painted in body colour and the lower part in grained black plastic. Further features typical of an SUV include robust load sill protection and an underbody guard electroplated in silver-chrome.

The interior includes aluminium-carbon look trim that is exclusive to the All-Terrain, stainless steel sports pedals and floor mats with All-Terrain lettering. The new model boasts all the load compartment flexibility of the E-Class estate, such as the rear seat cargo position and a standard 40:20:40 split-folding rear seat back.