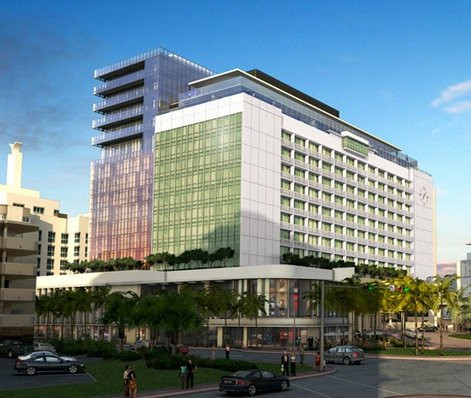 Created in collaboration with architects George Yabu and Glenn Pushelberg, along with landscape designer Madison Cox, Miami Beach EDITION is billed as a “private enclave” in the heart of the chic coastal district, boasting its own private beach front as well as two outdoor pools with bars, cabanas and lounge areas.

EDITION Hotels is part of Marriott International, an American hospitality company that manages and franchises a broad portfolio of hotels across the world.

An American entrepreneur, hotelier andreal estate developer, Ian Schrager is often associated with co-creating of the Boutique Hotel category of accommodation. Originally, he gained fame as co-owner and co-founder of Studio 54.