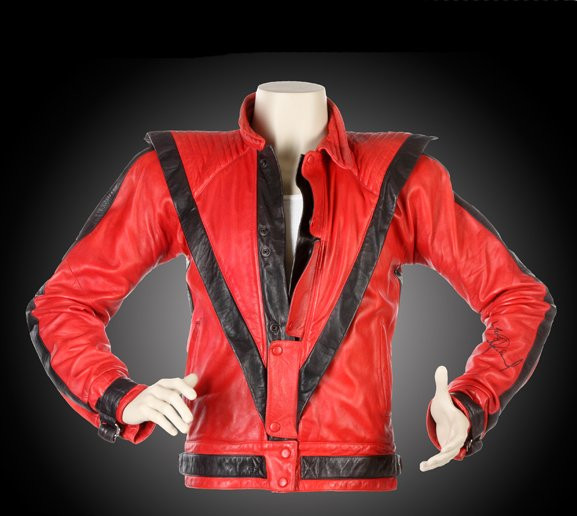 A leather jacket worn by Michael Jackson in his legendary “Thriller” video has sold for $1.8 million (£1.1m) at a Beverly Hills auction.

The black and red calf leather jacket was purchased by Milton Verret, a Texas gold trader, who said he would use it to raise money for children's hospitals across the world.

Held by Julien’s Auction House, the sale drew a packed crowd who were whipped into a frenzy of excitement as the bidding war took hold.

The jacket was one of two used for the music video – the other is owned by the Jackson estate – and comes with the iconic singer’s original signature on the sleeve. It was designed by Deborah Landis, the wife of the “Thriller” director, John Landis.

Plans are under way to display the jacket at Dell children's hospital in Austin, Texas, before appearing at charity events across the world. A portion of the auction proceeds will benefit an animal reserve where Jackson's two Bengal tigers reside.

Jackson, who died two years ago on Saturday, filmed the video for the title track to his album “Thriller” in 1983. The video is considered one of the most influential music productions ever made.