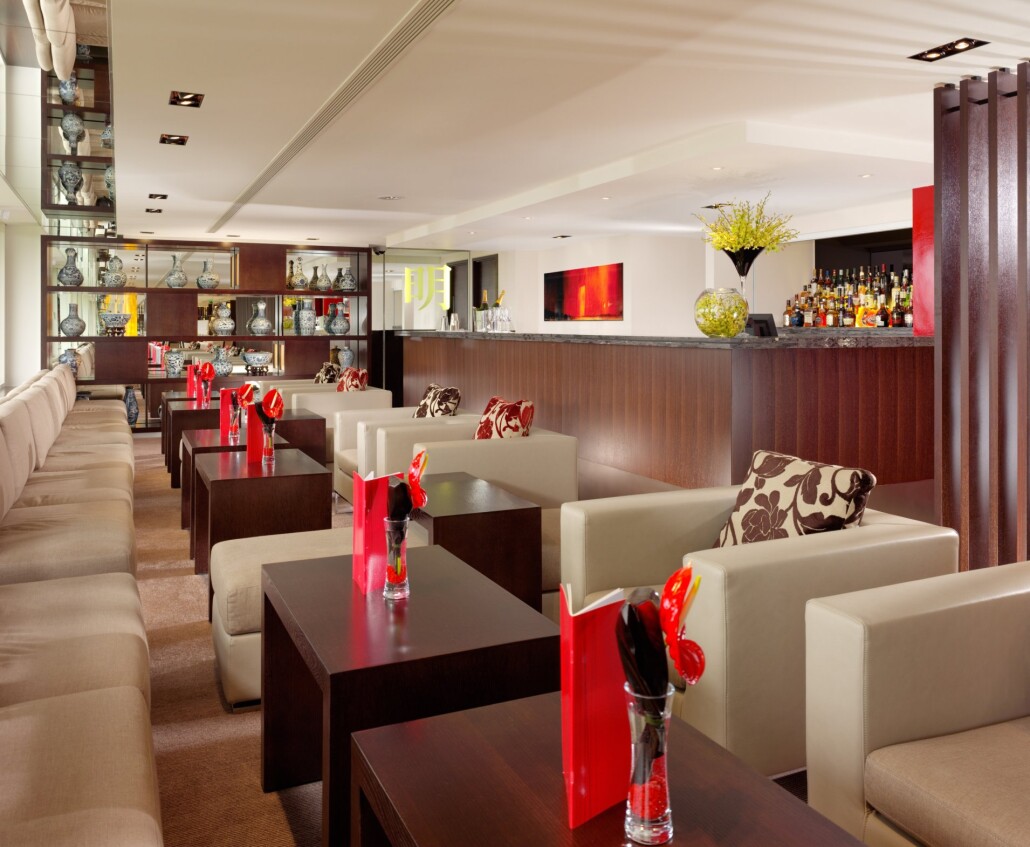 The Kensington Royal Garden Hotel may seem an unlikely setting for a temple of Chinese gastronomy. But ascend ten floors from the elegant lobby and you arrive at Min Jiang, one of the capital's best kept secrets.

The restaurant’s opulent interior – all reproduction Ming vases offset against dark woods and oxblood walls – offers some of the most dazzling panoramas in London. Even on a dark December night, the views of the city skyline were incredible and visible from every seat in the house. And on this particular dark December night, every seat in the house was taken. Being a Monday, it was the first indication that we were in for something special.

Stunning as they are, most people don't come to Min Jiang for the views (or indeed the loos, which almost merit a trip in their own right). They come for the house speciality – “legendary wood-fired Beijing duck”. Anxious to avoid disappointment, we took the precaution of ordering in advance, although it can be ordered on the day if available and you're prepared to wait 45 minutes. Sourced from an organic farm in Ireland, the duck is presented in three servings, as tradition dictates.

It was processed to our table by the chef who began by cutting morsels of the crispy skin from the neck for us to dip into granulated sugar. Perhaps unintuitive to a western palate but curiously and undeniably delicious. Whilst we made light work of the skin, our chef made equally light work of carving up the breast into beautiful slithers, to be enjoyed with the customary pancakes and "sweet sauce with shredded leek and cucumber", as well as the less familiar but equally tasty "garlic paste with radish and tientsin cabbage".

The remainder of the duck was then whisked away, only to return moments later in its final incarnation. Rather like a culinary 'choose your own adventure' we were given four options for the final serving, but eschewed the soup, noodles and rice in favour of the "spicy minced duck with a lettuce wrap". Moreishly light and deliciously piquant parcels, they were the perfect finale to a dish that owed as much to the theatrical arts as it did to the culinary.

Given the richness of the duck, fish and shellfish seemed the appropriate choice for main course. "Alaskan black cod fillet roasted in Sha Cha sauce" (made from oil, garlic, shallots, chilis and dried shrimp) was majestic, with a texture and flavour to rival the Nobu creation that first brought this fish to fame. And the unassumingly named “Stir fried Atlantic scallops in spicy bean curd sauce” was so good that even the most die-hard soya sceptic could not fail to be converted.

Desserts delivered a gourmet twist on the standard Chinese restaurant offerings. Both "chocolate coated lychees with ginger parfait" and "passion fruit curd with chocolate leaf and passion fruit ice cream" were the perfect balance of sweetness and sharpness to bring proceedings to a close.

Being a Monday, we kept drinks to a minimum, but a delicious Gerwurztraminer (one of several good whites sold by the glass) and the house Saki were slightly unorthodox but excellent accompaniments to a meal so good it almost left you giddy. And it had nothing to do with vertigo.