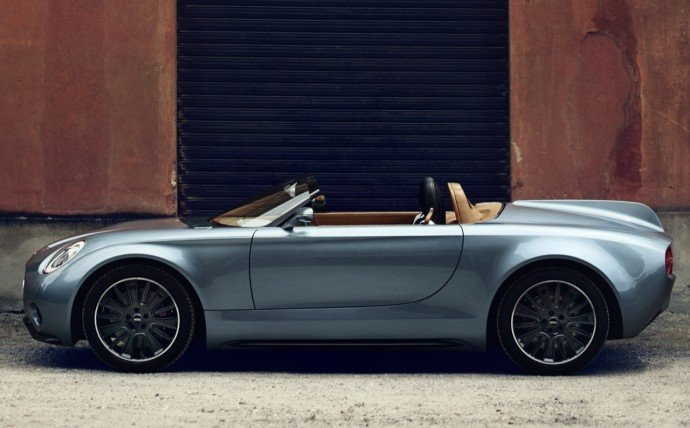 Called the Superleggera Vision, the one-off concept roadster was showcased at the Concorso d’Eleganza, one of the world’s most prestigious historic car events, against the stunning backdrop of Northern Italy’s Lake Como and in front of an exclusive crowd of car enthusiasts and key industry figures.

The two-seater car, which was commissioned to be designed by Italian bespoke sports-car company Touring Superleggera, is named after an iconic model designed by Sir Alec Issigonis in 1959.

Mainly constructed from large aluminium panels with carbon fibre components in order to keep the weight down, some of the car’s most striking design features include a Jaguar D-type styled dorsal fin and a pair of traditionally styled Mini headlamps at the car’s front end.

According to MINI boss Peter Schwarzenbauer, a production version of the Superleggera Vision would be on the market with a starting price of around €35,000.

First held at the same location in 1929, the Villa d’Este Concours d’Elegance has been held each year since 1999 on the grounds of the Grand Hotel Villa d’Este and the adjacent parkland of Villa Erba under the patronage of the BMW Group, owners of MINI.