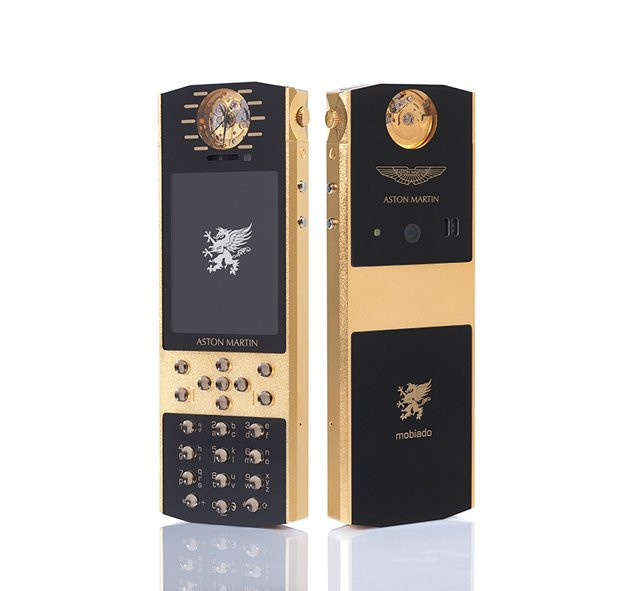 Mobiado Presents the One-77 Mobile Device

Luxury mobile phone makers Mobiado have created a new limited edition handset inspired by the design of the Aston Martin One-77 supercar.

Billed by its makers as “an object of at” with “exceptional design and hand crafted sophistication”, the One-77 Mobile Device is a slim-line phone featuring sapphire crystal buttons and plates.

Available in both 24-karat gold and rhodium, the phone incorporates a Swiss automatic movement, allowing for the setting of an international time zone and using the electronic phone time for the local time, making it possible to view two times zones simultaneously.

Additionally, the movement contains 25 jeweled bearings, performs 28,800 vibrations per hour, has 28 hours of power reserve, and is a self-winding automatic mechanism with ball-bearing.

The watch mechanism case is designed with a unique crown lever that is used to position the crown when adjusting the time, allowing for easy access during adjustments. Additionally, this also allows the crown to be pushed flush with the side of the phone for clean aesthetics and breakage protection.

The mechanism also incorporates a skeleton design with the front and back of the movements being completely open, allowing the intricate details of the mechanism to be fully visible while protecting it with large sapphire plates.

In 2011, Mobiado and Aston Martin teamed up to create the transparent touchscreen CPT002 Aston Martin Concept Phone, that could be used as a key for your car.