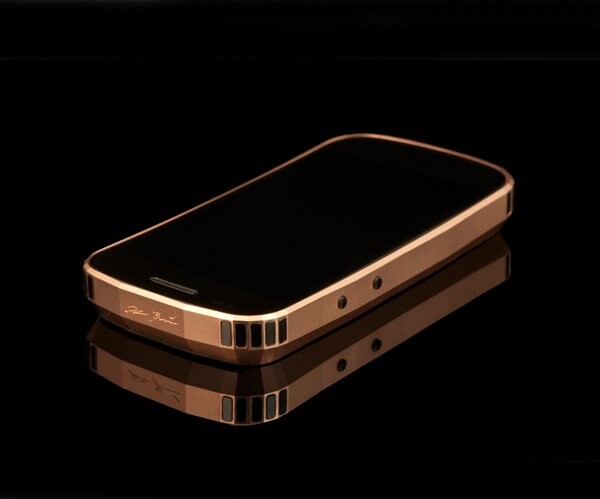 Canadian-based luxury phone-maker Mobiado, renowned for its modern, minimalist designs, is to launch its first ever touch screen handset.

Available in two models – the Grand Touch and the Grand Touch GCB – the phones feature circular buttons and straight lines with a flat surface. The body of the phones are crafted from solid aircraft aluminium and plated with gold and solid brass.

The top bodies of the Grand Touch phones are designed by Mobiado founder Peter Bonac and the frames are inlayed with elective black painted sapphire crystal positioned in every corner surface. The back of the body is engraved with 2 pieces of sapphire crystal linking at a sharp angle.

As well as the phone’s outside body, the battery cover is also available in sapphire crystal, featuring a unique hidden sliding mechanism.