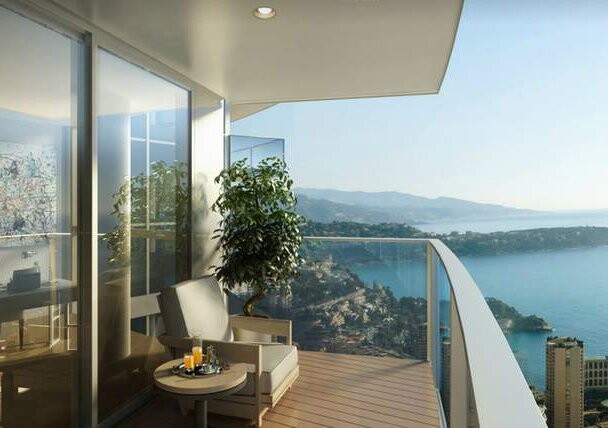 An ultra-luxury penthouse apartment in the South of France could become the world’s most expensive property per square metre when it goes on sale next year.

Estimates suggest that the multi-story residence, which will sit at the top of the soon-to-be-completed Odeon Tower, could fetch as much as €303 million (£256m) when it is released onto the market.

Spread across 3,300 square metres, the penthouse will boast private terraces with panoramic views of Monaco, as well as floor-to-ceiling windows, a private water slide and an infinity pool.

The apartment block itself will have Russian and Turkish saunas, several swimming pools, private spas, a full-time concierge, private chauffeured limousines and a cinema. Residents will be able to order housekeeping, dry cleaning and valet services via touchscreen controls located in each apartment.

Standing at 557ft, the Odeon Tower will become the second tallest building on the Mediterranean coastline when it is completed in July. The building was the brainchild of architect Alexander Giraldi, a master of "belle epoque" design.

The apartment interiors have been designed by the Paris-based Alberto Pinto agency, whose previous clients include Saudi Arabian royalty and American captains of industry.