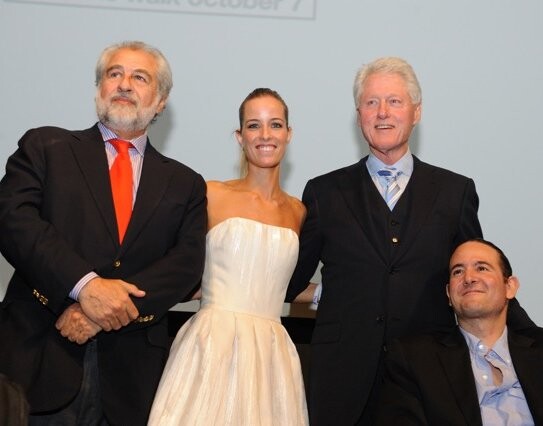 The luxury Mondrian SoHo hotel in New York was the scene of a star-studded charity party earlier this month, held to benefit the Walkabout Foundation, a charity dedicated to finding a cure for paralysis and donating wheelchairs to people in need around the world.

Amongst the guests at the event, which took place at the hotel’s Imperial No. Nine restaurant, included actors Martin Sheen and Emilio Estevez, movie director David Alexanian and DJ Jeffrey Tonnesen.

The party followed a cocktail reception and the screening of the movie “The Way” at the School of Visual Arts on Manhattan’s West 23rd Street. Following the movie, an inspirational story based on a Spanish pilgrimage called the Camino de Santiago, former US President Bill Clinton delivered a speech to the audience.

Martin Sheen and Emilio Estevez, both of whom appeared in the film, then took part in a Q&A session before guests made their way to the Mondrian SoHo, which is part of the Morgans Hotel Group.

The Walkabout Foundation was established in 2009 by siblings Luis and Carolina Gonzalez-Bunster. Luis suffered a spinal cord injury in a car accident when he was 18 years old, which left him paralyzed from the chest down.