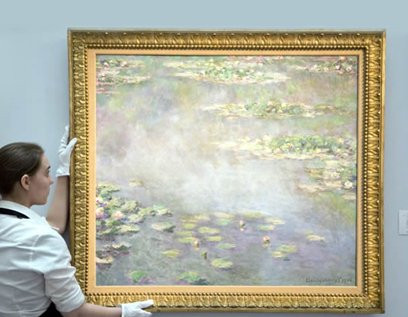 A painting by legendary French impressionist painter Claude Monet has sold for £32 million at a Sotheby’s auction in London.

Created in 1906, he water lilies painting from Monet’s famous ‘Nymphéas’ series was sold to an unknown bidder for a price that represented the second highest ever paid for the artist at auction.

Inspired by the lily pond in Monet’s garden at Giverny in northern France, the ‘Nymphéas’ series contains around 250 oil paintings and are among his most celebrated works.

Born in 1840, Monet is considered the founder of French Impressionist painting and the most consistent and prolific practitioner of the movement's philosophy.