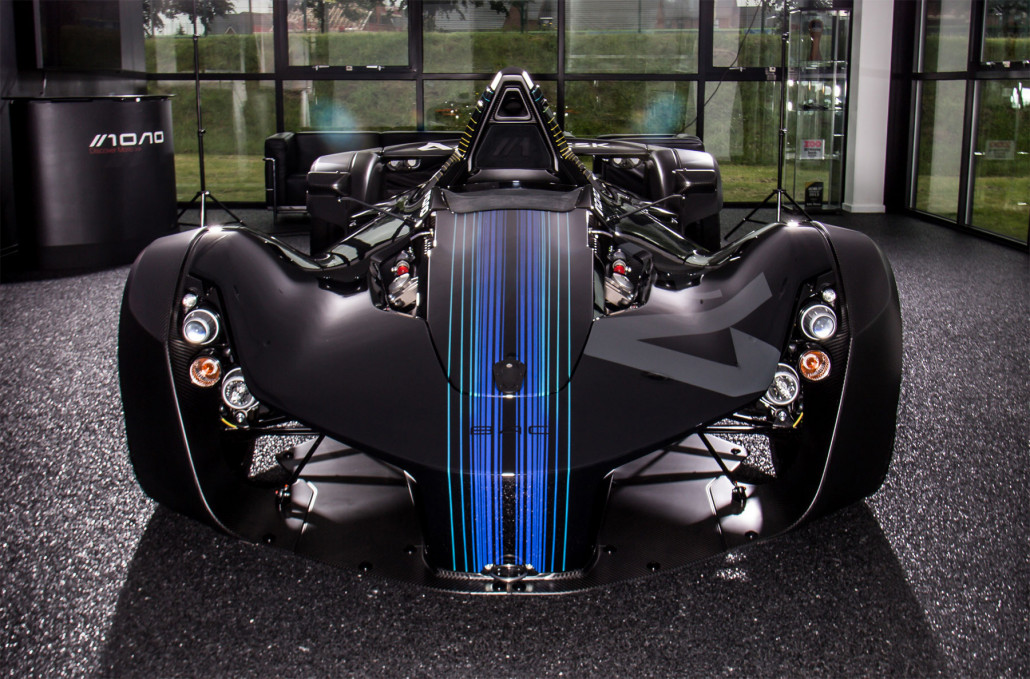 An incredible selection of supercars and historic racers vied for attention at last week’s Goodwood Festival of Speed, and one of the most eye-catching vehicles on display was the Mono Art Car.

The brainchild of Briggs Automotive Company (BAC), the independent British manufacturer responsible for the track-focused Mono single seater, the car is powered  by a 2.5-litre four-cylinder engine that produces 305-hp, allowing the single seater to sprint to 60mph in just 2.8 seconds.

But it is the car’s visual appearance as much as its performance stats that grabs the attention.

While it’s not as brash as some other art cars, it’s a novel way of visualising the single seater’s sophsticated aerodynamics.

BAC teamed up with design company Autodesk to create the Mono art car’s intricate design that represents the track car’s airflow. The paint scheme comprising of a jet black body with blue and green accents at the front and red and yellow accents at the rear was inspired by Autodesk’s Computational Fluid Dynamics software.

The software simulates a wind tunnel, allowing designers to visualise the airflow over a 3D model of the car.

“Good design is at the heart of Mono and is paramount in everything we do at BAC,” said Co-Founder and Design Director Ian Briggs.

“Having worked with Autodesk for many years, it is a pleasure to create something as beautiful as this Art Car. Not only is it one of the most striking and intricate Monocolorschemes we have ever created, it also shows the intelligent design of Mono and how we use Autodesk software to help create the perfect car.”

The Mono Art was on display at the Goodwood Festival of Speed between 29 June – 2 July.