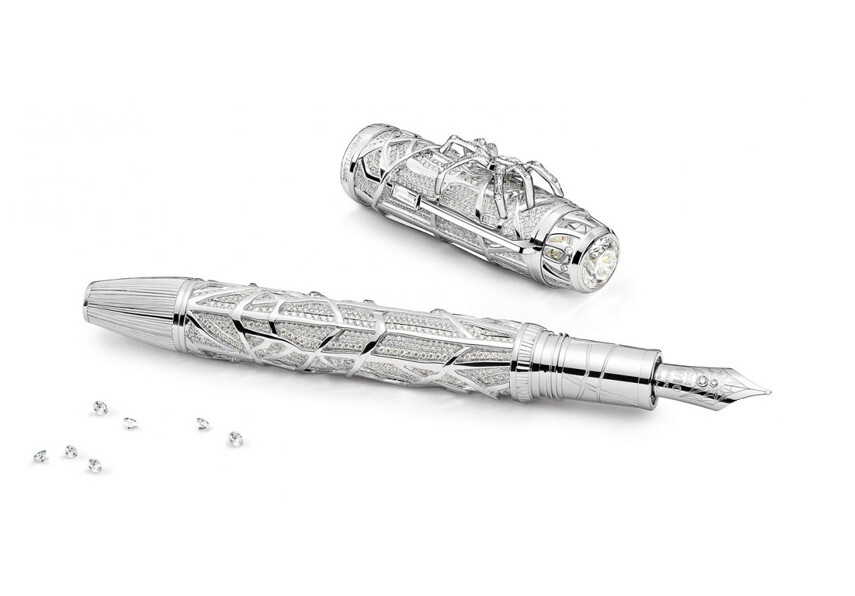 The High Artistry Heritage Metamorphosis Limited Edition collection features an array of instruments adorned with motifs of the four-legged insects.

Among them are a solid white gold cap and barrel set with a full pavé of brilliant diamonds. The spider web motif is created in three-dimension from Au 750 solid gold with every individual piece hand engraved and hand polished.

The cap boasts a spider made from a pear cut diamond with its legs set with another 16 diamonds, while the jewel is secured with a unique triple closure mechanism and can be removed to be worn separately as a bracelet or a brooch.

It is not the first time Montblanc has called upon the humble spider for inspiration. The company first created a spider-influenced writing instrument back in the 1920s.

The spider was a recurring theme in literature as early as the metamorphosis of Arachne as told by Ovid in his Metamorphoses, and went on to become a prominent subject in the late 18th and early 20th centuries.

Montblanc was founded by Claus-Johannes Voss, Alfred Nehemias and August Eberstein in Germany in 1908.