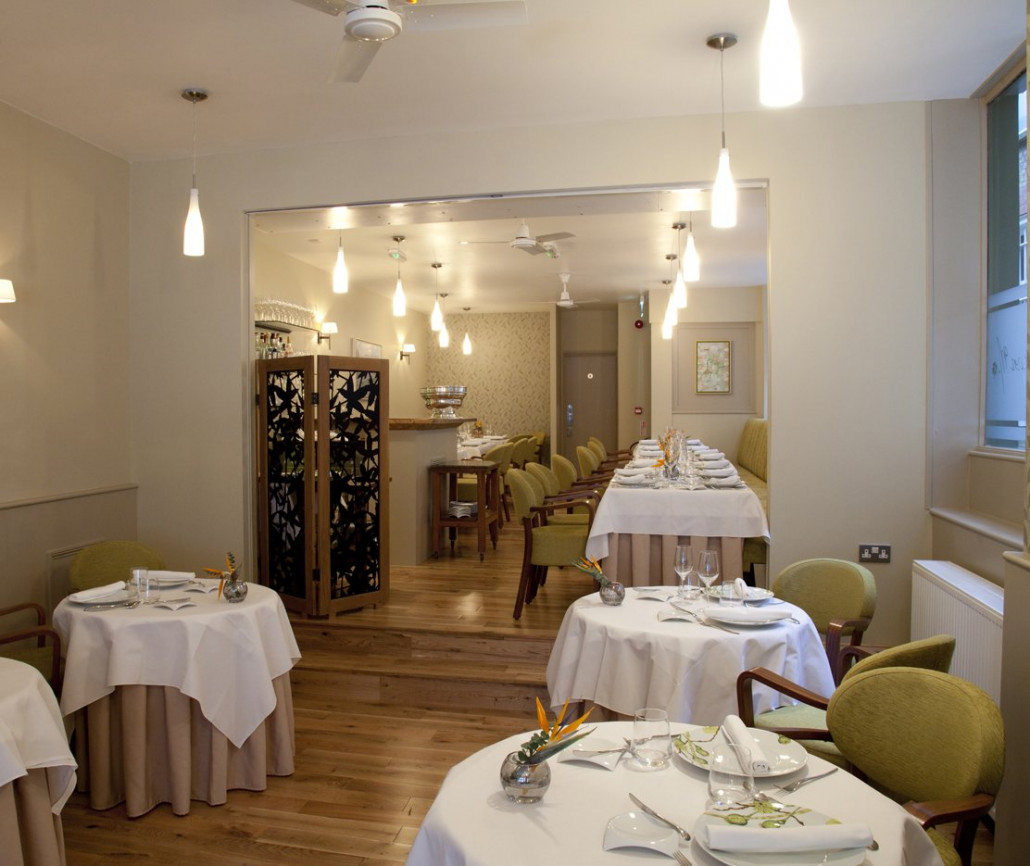 To followers of London’s fast-moving restaurant scene, there would have been little surprise when Morgan Meunier announced the opening of his second restaurant in the capital last year.

His first operation, Morgan M, situated in a pub-conversion in Islington, has proved a resounding success, earning Meunier a reputation as one of the best Gallic chefs in the city.

His Barbican offshoot, also called Morgan M, which opened its doors in November, is located in a culinary significant corner of London, positioned next door to the famous Smithfield meat market as well as a number of acclaimed eateries, including its Michelin-starred compatriot Club Gascon.

Happily, as my dining companion and I were to discover, the new Morgan M is not out of place amongst such lofty company.

Spaced out over two floors, with the ground floor given over to the main restaurant area and downstairs used for more informal dining with a ‘small plates’ menu, the ambience is cosy and refined. The relatively high lightening brings the intimacy levels down a notch, making it a suitable setting for social dynamics beyond canoodling couples.

And what of the food, described on the restaurant’s website as representing “a modern approach to cooking rooted in classical French cuisine”? An intriguing ‘From the Garden’ Tasting Menu was top of my vegetarian friend’s agenda, but as a devout carnivore, I selfishly pulled rank and insisted we choose from the a la carte menu instead, which conveniently included two tantalising fish dishes (there is also a meat-oriented Tasting Menu).

For my starter, I opted for a crayfish and lobster cannelloni with tarragon, Jerusalem artichoke soubise and shellfish cappuccino. My companion chose the butternut soup with rosemary and olive oil, and wild mushroom tempura.

The cannelloni was meticulously crafted, impeccably presented and testament to the skill of the kitchen. With so much going on in terms of ingredients and flavours, it would be an easy dish to get wrong, but my fate was clearly in the hands of consummate professionals. The shellfish cappuccino, in particular, was an extra touch of frothy magic. My friend’s scrumptious butternut soup made it a full house of excellence for Round One.

My main was a veritable no-brainer: as soon as I see venison on a menu, it's decision made. The cut was fillet, sourced from Iken Valley in Suffolk (despite the proximity to Smithfields, Morgan M does its shopping further afield) and served with pot roasted, ‘farci’ of hare, sweet potato purée and sauce grand veneur. It was simply wonderful, cooked evenly all the way through with a nice sear on the outside. The hare in the farci was fork-tender and the cabbage on the outside skin was an unexpected but pleasing addition.

My friend’s seared John Dory, coco beans 'de Paimpol', hazelnuts, parsley root puree and champagne froth largely impressed, save for the inclusion of hazelnuts which clashed with, rather than complemented, its fellow components. A minor and wholly forgivable error in an otherwise fine dish.

For dessert, I chose the chocolate moelleux, milk sorbet and Armagnac drink with 70% dark chocolate whilst my friend had the pineapple souffle & coulis, pina colada sorbet and coconut tuile.

Knowing it as a French classic, I suspected the moelleux would be a safe bet and I wasn’t wrong, whilst the pineapple souffle was also gobbled up with a speed that spoke volumes, bringing proceedings to a wholly satisfactory close.

Getting it right once could be considered a fluke – but Monsieur Meunier’s second venture has proved he is no one-hit wonder. Morgan M strikes again.