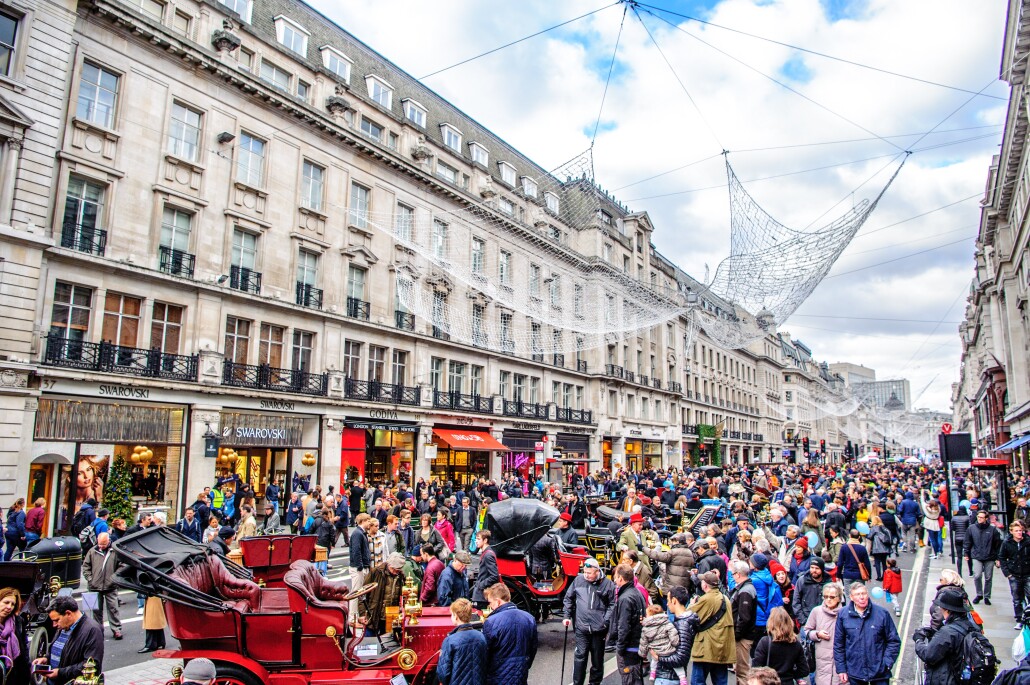 Motoring enthusiasts and shoppers savoured a sunny but chilly Regent Street last weekend to discover the capital’s ‘Mile of Style’ had been turned into a time machine for the day.

Central London’s celebrated shopping destination was closed to traffic from Oxford Circus to Piccadilly Circus, but it was still filled with cars – with a difference. The cars were from the past, present and future, all taking part in the annual free-to-view Regent Street Motor Show, a Royal Automobile Club event.

Rubbing shoulders with more than 100 veteran cars from the dawn of motoring were dozens of cars of tomorrow – low and zero emission battery-powered electric vehicles and hybrids.

The veterans, all built before 1905, were taking part in their annual International Concours d’Elegance prior to setting off at dawn on Sunday morning for the trip from London to Brighton in the famous Bonhams Veteran Car run.

The overall winner was the sole surviving Krastin, one of just four cars believed to have been built by the innovative Latvian immigrant August Krastin in Cleveland, Ohio before fire destroyed his factory and the company was forced into bankruptcy.

There was an international to connection to the winner of the special ‘Spectator’s Choice Award’, sponsored by Renault and voted for by members of the public. The 1900 De Dion Bouton selected will be exported for display in Columbia immediately after the Run as it is very similar model to the very first car ever to be imported into the country back in 1899.

While the veterans turned the clock back as far as the late 19th century, another part of the show remembered 1976, the year when Britain’s James Hunt won the F1 World Championship. Not only was the legendary racing driver’s McLaren’s M23 on display so too was ‘Hunt’ himself, in the shape of James’ son Freddie, who bears an uncanny resemblance to his father.

Motoring’s classic years were represented by displays from the Jaguar Drivers’ Club, with sports cars including the XK140, E-type, XJ220 and current F-type.

The Regent Street Motor Show, which was first staged in 2005, regularly attracts hundreds of thousands of visitors and this year was no different. Last year the event drew a record 450,000 attendance and this year’s show was just as popular.