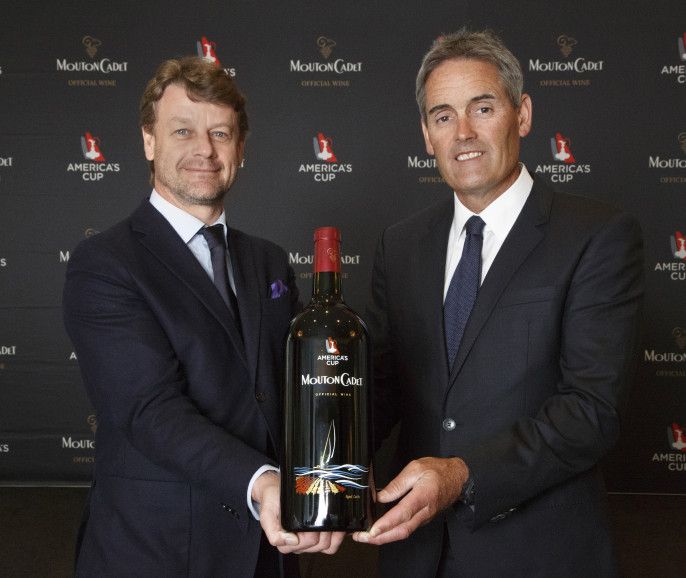 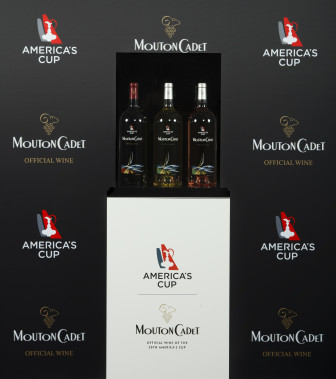 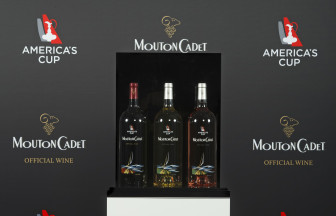 Mouton Cadet: The Official Wine of the America's Cup

Tasted only the evening before its unveiling by the collaboration of the America’s Cup and Baron Philippe de Rothschild, the brand-new limited edition red, white and rosé wines have been produced to celebrate the new relations between leading Bordeaux brand and the 35th America’s Cup as the 'Official Wine'.

Bespoke packaging for the trio has been designed in collaboration with Sir Russell Coutts whose signature appears on every bottle alongside a glass-etched design depicting the forces of nature on land and at sea.

“Mouton Cadet and the America’s Cup share a common vision,” explains Hugues Lechanoine. “The winemaker in charge of a vineyard and the people in charge of the competition for the oldest trophy in international sport both require a deep understanding of and respect for Nature, and a dedicated team working with them to achieve their goals.”

This has much in common, he said, with the America’s Cup teams who also “work with Nature, interpret the conditions, plan their course and strive as a team to be the best.” Sir Russell Coutts stated.

“Mouton Cadet is the ideal Official wine for the 35th America’s Cup and we are excited to have them on board," adds Coutts. "Teamwork is of paramount importance to Mouton Cadet and also to the America’s Cup as the teams work with their crews to skilfully and rapidly navigate across the race course to reach the finishing line. Both Mouton Cadet and the America’s Cup are world-leading brands which have been built over many years through the dedication of committed teams who pull together to achieve and sustain the number one position.”

The light and crisp taste of the white, paired with the rich and sophisticated palette of the red creates the perfect match for life on board, with the playful blush of the rose an even more fitting glass for watching the race in the heat of the Bermudian sun.

We’ll be delivering a one-on-one interview with Sir Russell Coutts later this week, and look forward to bringing you more details on the luxury, and lifestyle, of one of the world’s most prestigious sporting events.