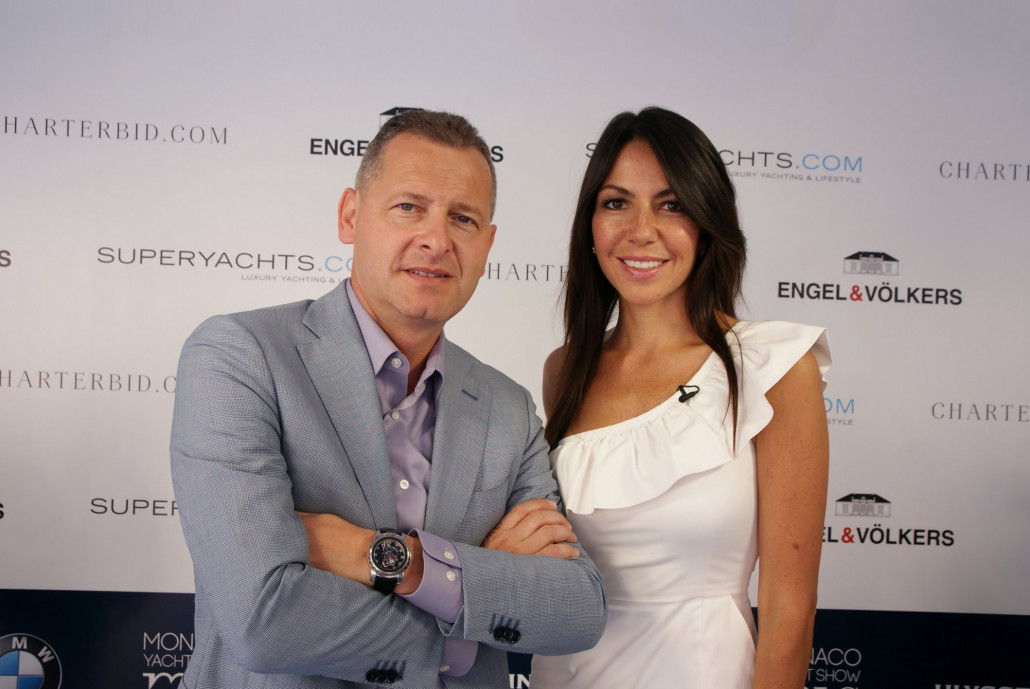 Ulysse Nardin have become mainstays of the Monaco Yacht Show. For the firth year running, the Swiss luxury watch-maker is one of the official sponsors for one of the flagship events of the superyacht calendar.

On the third day of this year’s show, Superyachts.com sat down with Patrik Hoffman, CEO of Ulysse Nardin, to discuss the brand’s distinctive approach to watch-making and learn more about one of their stunning new timepieces.

Mr Hoffman also gave us his thoughts on how the watch industry is likely to evolve over the coming years, and what he thinks are the defining characteristics of Ulysse Nardin, one of the world’s most historical watch brands.

“Monaco is the right spot for us,” he told Shari Liu. “We are very much nautical attached, and I think this is the right place to be.”

So how would Mr Hoffman describe the inimitable nature of his company’s timepieces?

“Well, as we are here at the show I have to mention our marine products,” he said. “We are specialised in marine looks, that is a part of our history.

“But what we do is high end mechanical timepieces with certain complications so whatever we do is really exclusive and that again brings us to this boat show.”

Mr Hoffman then went on to tell us about the new 2012 Marine Chronometer Manufacture, a watch that has grabbed plenty of headlines since its recent launch.

“I think this is a timepiece that compacts all of our DNA of the last 160 years,” he said. “It’s a movement which has been built and produced completely in-house. It has a dial produced in-house and it also really shows the DNA of yachting and boating.”

So where does Mr Hoffman see the watch industry moving in the next five years?

“It has changed over the past 5 years,” he said. “And the way we’re moving is to more traditional ways. It’s the brands that have been in the business for many years which are really …for the customers so I think it’s really going back to the traditional way of watchmaking.

Finally, Mr Hoffman was asked to describe one specific thing that is special about Ulysse Nardin.

“I think I have to say two words: ‘Independence’, because we are family owned, and ‘innovation’. I think those two words sum it up.”