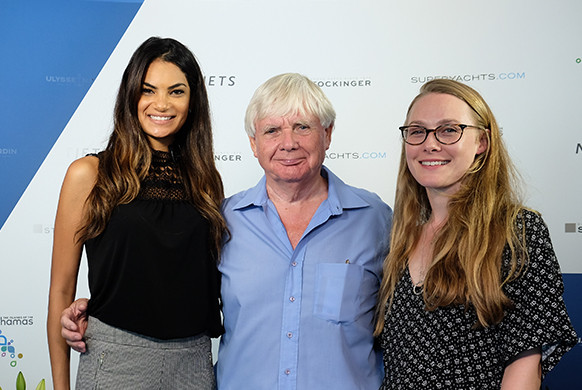 MYS 2018: Carlisle Bay on Time Flying By in the Lap of Luxury

Gently resting in a secluded bay surrounded by rainforests on the southwest coast of Antigua is one of the Caribbean’s most luxurious retreats.

We spoke to Cara and Pat Doherty from Carlisle Bay at the recent Monaco Yacht Show to find out more about the tranquil paradise they’ve created, how they first got involved, and their ambitious plans for expansion.

“Quite a few years ago somebody asked me to go down to have a look to advise them,” Mr Doherty began. “It was a tennis club then and I thought the site was one of the best I’ve ever seen.

“It’s stunning, tranquil, and sailing up and down the bay a few times I thought something special could be done here. I asked if I’d join them as a partner, and it went on from there and I bought them out completely.

“We picked the 87 suites and done them up and the site is as good as anything in the world. If you’re there for two days you think you’ve been there for two weeks.”

What can you tell us about the services you offer superyacht owners who are able to anchor and come to the resort to enjoy the amenities and facilities?

“We offer a guest day pass so you can come in and use any of the four restaurants, spend the day on the beach and we also have  a spa, yoga pavilion, gym with personal training, 9 tennis courts, private coaching with our tennis coach,” Ms Doherty said. “And we have a library and private screening room and a kid’s club. So something for everyone, really.”

As for the future, what can they tell us about their grand plans to make Carlisle Bay even bigger and better?

“Well we exchanged contracts a little while back for another 170 acres,” Mr Doherty said. “And it’s going to go around the bay. The plan for that was to build 40 very excusive two-bedroom suites, another sandy bay with a pool and restaurant, and 40 villas on the side of the hill going round.

“So we’ve been planning that for the last four or five years, but then when the [financial] crash came it was put on hold, but now we’re looking at it again. The timing’s right to do it now.”