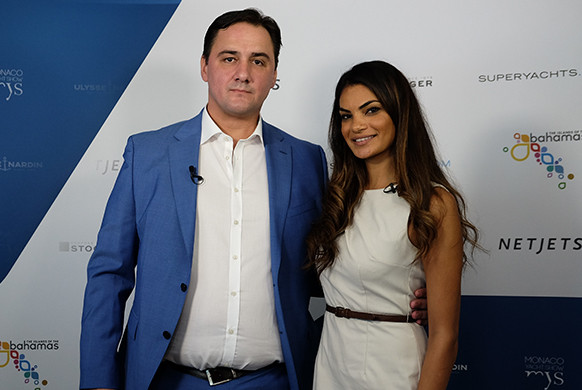 MYS 2018: Montenegro Tourism on Continuing the Arc of Progress

No destination has enjoyed such a stratospheric rise over the past decade as Montenegro, the magical Balkan country boasting rugged mountains, medieval villages and a narrow strip of beaches along its Adriatic coastline.

Over that period the country has grown to become one of the world’s hottest superyacht destinations, with major efforts going into building up its infrastructure and service industry in a bid to attract the global yachting elite.

Speaking to us at the recent Monaco Yacht Show, Damir Davidović, Secretary of State of the Ministry of Sustainable Development and Tourism in Montenegro, took us on a potted history through the fascinating country and its emergence as a superyacht hot spot.

“Well first of all I have to tell you that Montengro over the past 7 to 10 years is home to some of the biggest investments in the Mediterranean,” he began. “In nautical tourism, in tourism in general and in real estate of course, which is connected to both. So I think that’s one of the reasons.

“The second one is the work we’ve invested into the promotion, the most important one is the fact that Montenegro is a small country that offers a lot of things in a very limited space, starting from beautiful nature in the north of the country to the coast, the only fjord in the Mediterranean. So I think it’s many elements.”

He continued: “It’s also a friendly investment climate in Montenegro, good political relations with neighbouring countries and in general. We’re a country on the way to the European Union, hopefully the next member. We became a member of Nato. So really it’ a mixture of factors, and good timing, and a lot of work. So you’re completely right, Montenegro is really thriving.”

And in what ways are the country attempting to solidifying this reputation of being a luxury destination and particularly the role of yachting in this?

“Yachting has definitely played a significant part and we expect it to play an even larger role in the future,” he said. “I mentioned some of the investments, so we already had several new marinas opening in Montenegro, starting with Porto Montenegro, Lustica Bay…and we have some of the traditional, smaller ones also.

“In the pipeline we have several other marinas that are going to be opening, together with high end hotels. Just this July and August in Montenegro we opened six 5-star hotels on the coast.”

Taking the question further, what are the main challenges in breaking down the idea of Montenegro being an unconventional destination?

“It’s unconventional, but if you look at the historical point of view it’s very logical,” he said. “Bay of Kotor and all the cities of Kotor and Perast had some of the largest merchant navies in the 17th, 18th and 19th centuries anywhere in the world, so it’s a place that has a very long maritime history.

“It’s a beautiful place, and in the last ten years it’s been completely rediscovered, but as a yachting destination I think it’s being more and more discovered year on year."