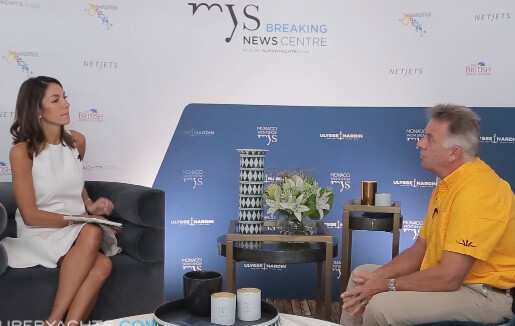 It was not so long ago that putting forward the idea of placing a submarine on a superyacht would have seen you laughed out of town.

One of the companies to have done more than most to shift this thinking is Triton Submarines. We spoke to Patrick Lahey, President of Triton, to find out more about how they’ve managed to break down the boundaries of possibility in the world of submersibles.

“It’s interesting, the first sub which we began in 2006 and delivered in 2007 was really a milestone moment for us as a company,” he told us. “Ten years preceding that, we used to go to yacht shows and were dismissed as raving lunatics for suggesting the idea of a sub on a yacht.

“But this particular customer, who was I think a real visionary, a pioneer, is someone I’ll always be grateful to, because he took a chance that we weren’t crazy, and let us build him a beautiful submersible and I think the rest is history. But it really started the ball rolling, if you will.”

So why does he think submersibles carries such a strong allure with yacht owners, charterers and their guests?

“The submersible really enhances the ownership experience of the yacht in general because it gives you access to a part of our world that you normally can’t see any other way,” he said. “I think a submersible is absolutely for fun, but the fact is every time you get in a submersible you become an explorer.

“In many cases when you dive in a sub and go below the traditional diving depths of 30-40 metres, you’re literally seeing a part of our world that’s probably never been visited before and I think a certain excitement comes from that.”

You can watch the full video interview with Patrick Lahey above this article.