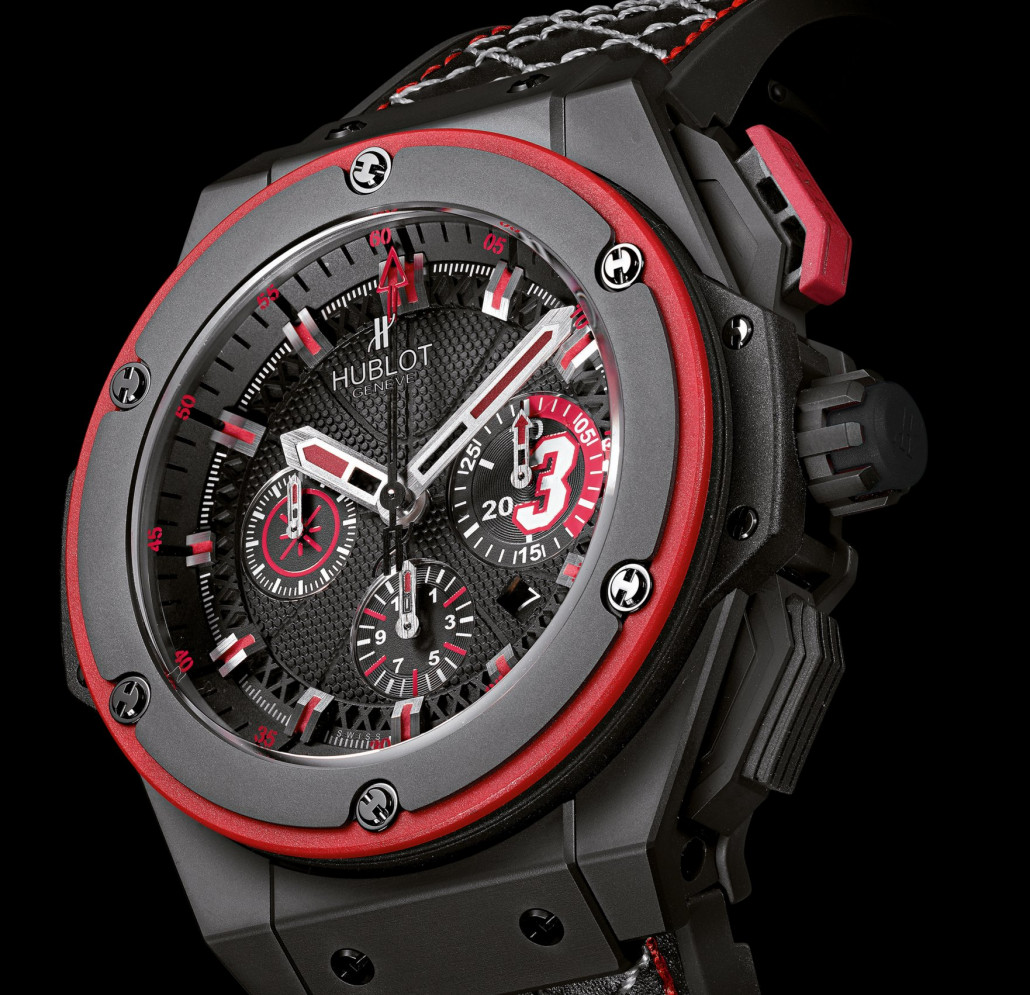 A charity basketball event in the Chinese capital of Beijing was the scene of a special watch launch earlier this month, to celebrate the partnership between basketball hero Dwayne Wade and Swiss luxury watch brand Hublot.

The King Power Dwyane Wade timepiece was unveiled in the heart of the Forbidden City at the “One Million RMB Basketball Charity Challenge”, which saw the NBA star challenged to score baskets in exchange for charitable donations. Wade has been a Hublot brand ambassador since February this year.

Limited to just 500 pieces, the mechanical chronograph watch is inspired by both Wade’s career and the world of basketball, featuring a new Dwyane Wade logo, a prominent ‘3’ digit representing his number on the court, a basketball decoration on the watch face and stitching on the strap evoking a basketball net.

Speaking at the event, the seven-time NBA All-Star said: “I never shy away from a challenge, or an opportunity to affect positive change through charity.

“I’m excited to debut the King Power during the One Million RMB Basketball Charity Challenge, which not only raises money for a worthy cause but also provides the perfect setting to showcase such a unique, yet distinctive timepiece.”

The funds collected at the Beijing event are to be donated to the non-profit organisation One Foundation, founded in 2006 by Beijing-born and International Hublot Ambassador Jet Li, and Mr Wade’s World Foundation, which launched in 2005.