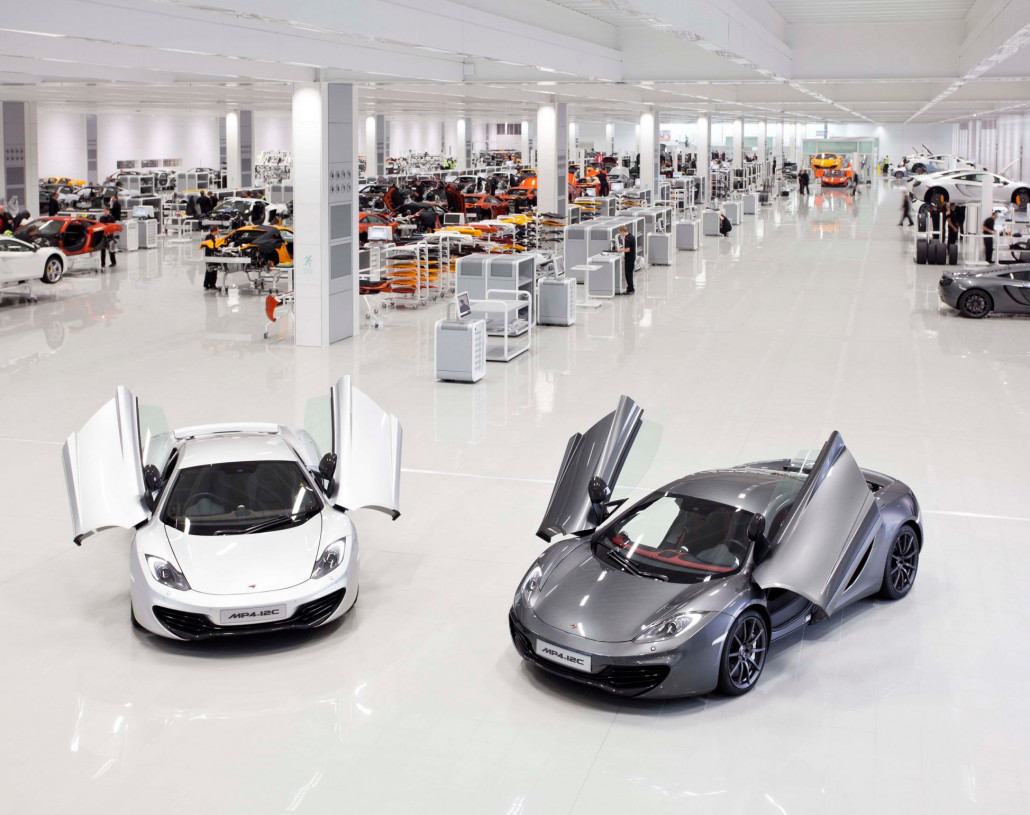 New £50 Million Production Centre to Turn Out all McLaren Supercars

It is the first time the Formula One group has diversified into large-scale production of a road car, and will take it head-to-head with its Italian rivals Ferrari and Lamborghini.

The McLaren Production Centre is located next door to the F1 team's McLaren Technology Centre, and is accessible via a 90 metre tunnel which opens out into a vast, futuristic laboratory.

McLaren plans to produce more than 4,000 of its MP4-12C sports cars at the centre by 2015, and has aspirations to develop a new model each year.

Drawing on expertise developed in making the F1 cars driven by Lewis Hamilton and Jenson Button, McLaren uses similar technology to produce the road car's chassis, brakes and steering. More than 100 of the MP4-12Cs, which are powered by a twin-turbocharged 3.8-litre V8 engine and retail at a minimum of £168,000, have already been delivered to customers.

The formation of McLaren Automotive in 2009, which is behind the production of the new sports cars, is part of McLaren chairman Ron Dennis’s strategy to create a more diversified business that is less reliant on Formula One