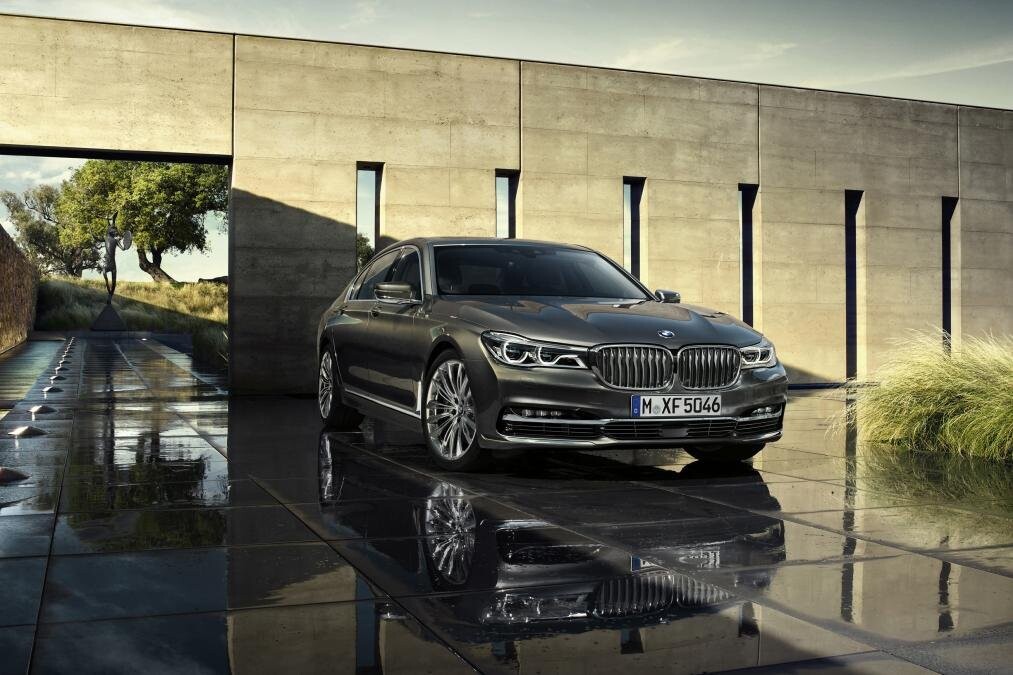 The famous car brand are global partners of the 35th America’s Cup, which concludes in Bermuda in 2017, and are playing a prominent role at the various World Series events throughout the competition, including providing fleets of cars to transport hospitality guests, VIP’s and team members.

But it was the launch of the new 7-Series that gained most attention in Portsmouth, with crowds gathering to view the eye-catching car up close.

Billed as combing supreme dynamic ability with luxurious long-distance comfort, the 6th generation model boasts sharper bodylines and a more slender design than its predecessor, giving it a sporty and futuristic aesthetic.

But most notably, the car has also been augmented with several technological features, such as the new iDrive 5.0 which offers gesture control along with touchscreen support, GPS-controlled transmission that uses satellites to determine what road the car is on driving on and in what conditions, and remote parking that can control the entire manoeuvre into the parking space, including steering, gear shifting, acceleration and braking.

The car’s interior has also been dramatically revamped, with rear seats that can be reclined up to 42.5 degrees, while the front passenger seat can be moved all the way forward and the headrest electrically moved out of the way.

Another striking feature is a panoramic ‘Starlit Roof’ that uses LEDs to project light across etchings on the sunroof’s glass to depict a starlit sky in a selection of six colours.

As well as serving as global partners of the America’s Cup, BMW are also supporting Oracle Team USA as technology partner, providing engineering expertise in fields including aerodynamics.