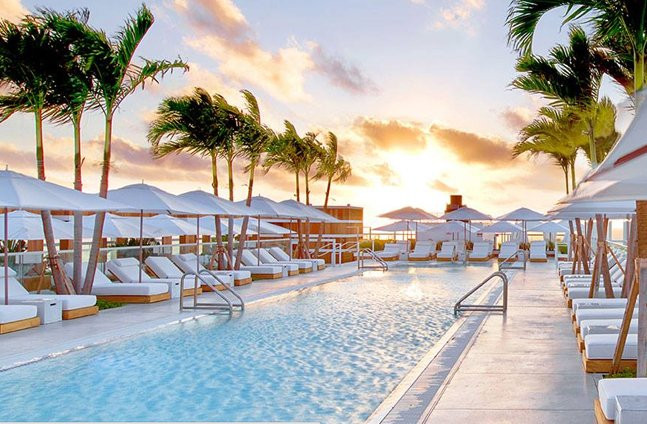 A new high-end eco-friendly hotel has opened in the heart of Miami’s prestigious South Beach district.

Called 1 Hotel South Beach, the residence has reopened after a $500 million investment by Starwood Capital, who partnered with a privately held group of real estate companies on the project.

Previously the Gansevoort, the property in its new incarnation features a range of lavish amenities such as four pools, two restaurants (including STK Miami) a lobby bar, a poolside restaurant helmed by celebrity chef Tom Colicchio; a ballroom and a meeting space.

The hotel’s eco-credentials are evident in the lobby ceilings which are made of wood reclaimed from water towers in Alaska, while some of the furniture was crafted with fallen trees from South American rainforests.

On guest room floors, hallways are accented with wood from trees that were taken down by mountain pine beetles.

Miami Beach is the first residence by the 1 Hotel brand, with a Manhattan location set to open in early July, and another also in New York within the next 8-12 months.