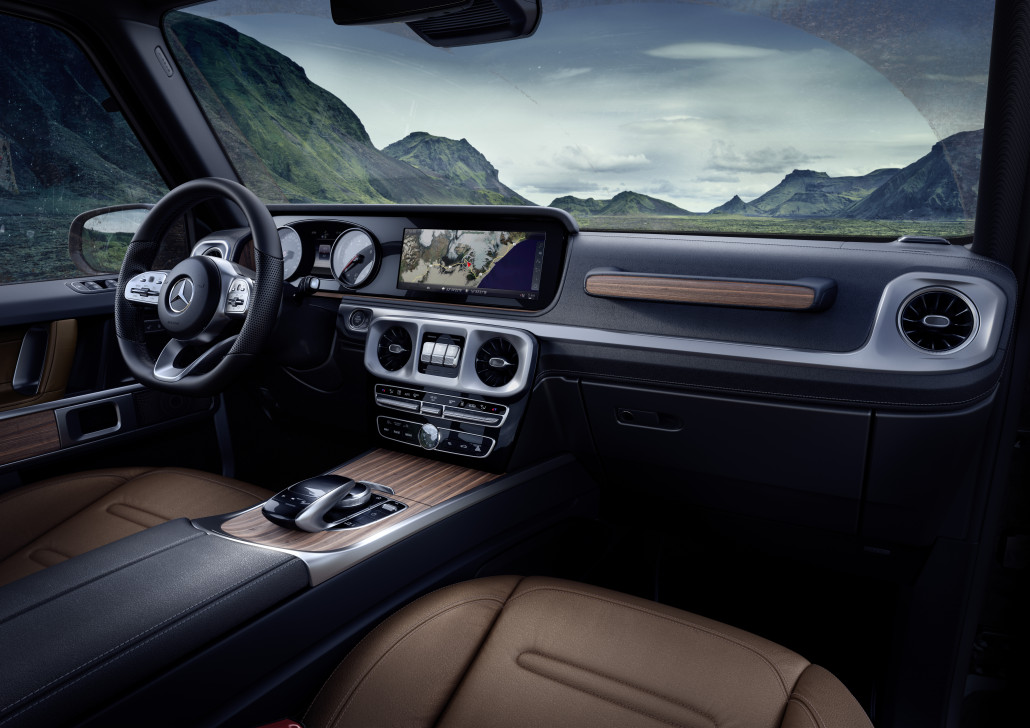 Among the glut of glittering models on display at the 2018 Detroit Auto Show this month will be the all-new Mercedes G-Class, which is said to have undergone the most significant transformation of its almost 40-year career.

An off-road legend and the ultimate benchmark for so many fans of cross-country driving, since 1979 more than 300,000 examples of the G-Class have offered a driving experience that would have been unachievable with any other vehicle.

Outwardly, the "G" has changed very little, but the special off-roader does boast a completely updated interior and numerous new features.

A contemporary interpretation is evidenced in the car's clear, geometric lines, with the shape of the round headlamps, for instance, reflecting in the air vents on either side, as well as the design of the distinctive indicators, found again in the shape of the loudspeakers.

Further hallmarks of the G-Class include the grab handle in front of the front passenger and the chrome-highlighted switches for the differential locks, positioned in clear view. Both have been meticulously optimised and retained as characteristic features.

Meanwhile G-Class drivers are able to control the full infotainment system without taking their hands off the steering wheel. The touch-sensitive Touch Controls on the steering wheel respond to swiping motions in the same way as the surface of a smartphone.

Thanks to haptic impulses and additional feedback from the onboard speakers, the driver can use the touchpad without looking away from the road.

The all-new G-Class will be on display at the Detroit Auto Show – also known as the North American International Auto Show – from 13-18 January.