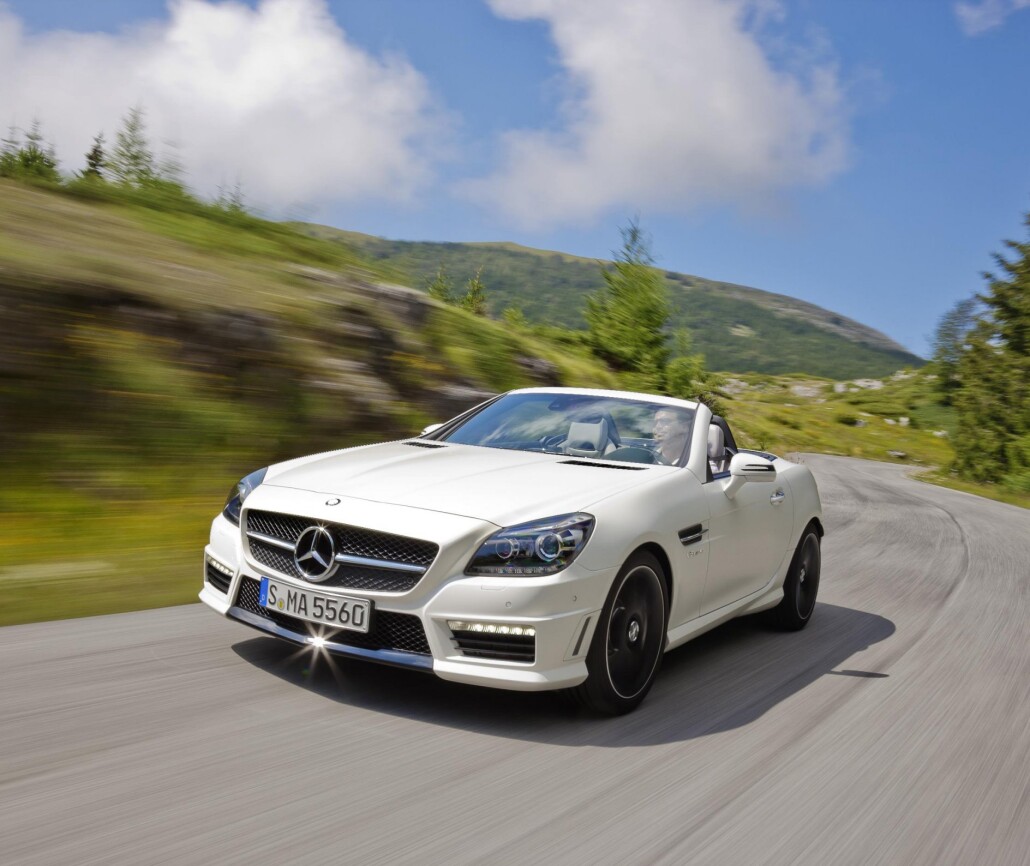 Mercedes-Benz has announced the pricing for what it claims is its most powerful SLK since the compact roadster was launched in 1996.

The retractable hardtop convertible will be able to reach 62mph in 4.6 seconds, with top speeds of 155mph.

Despite the increased power, fuel economy and CO2 emissions have been reduced by 30 percent, thanks to the introduction of AMG’s Cylinder Management System, similar to that on Mercedes-Benz’s Formula 1 engine.

Various customized options are also available including the AMG Performance Package of revised suspension and brakes with a rear differential lock (£4,105) and the AMG Driver’s Package, which raises the limited top speed and includes attendance at an AMG ‘Power and Passion’ driver event (£2,755).