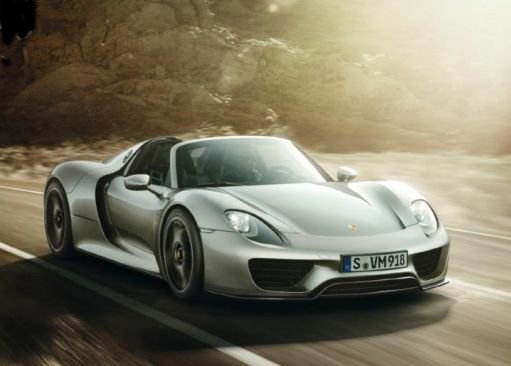 Porsche’s eagerly anticipated new hybrid supercar, the 918 Spyder, is to be made available in a Liquid Metal Blue or Liquid Metal Grey exterior finish for an additional $65,000, it has been revealed.

Originally launched as an open-top two-seat concept at the Geneva Auto Show in 2010, the specifications of the production 918 Spyder have been released in a leaked brochure that reveals a number of optional features – including the new colours.

It buyers do not wish to invest in one of the liquid metal exterior finishes, they can choose from four solid colours – white, black, racing yellow and guards red – and six metallic colours, along with the Martini Racing finish, instead.

Other add-ons include a Weissach Package, which helps reduce the car weight by 34kg.

Certain aspects of the car – such as its V8 engine which delivers 770hp and reaches top speed of 200mph – were already known.