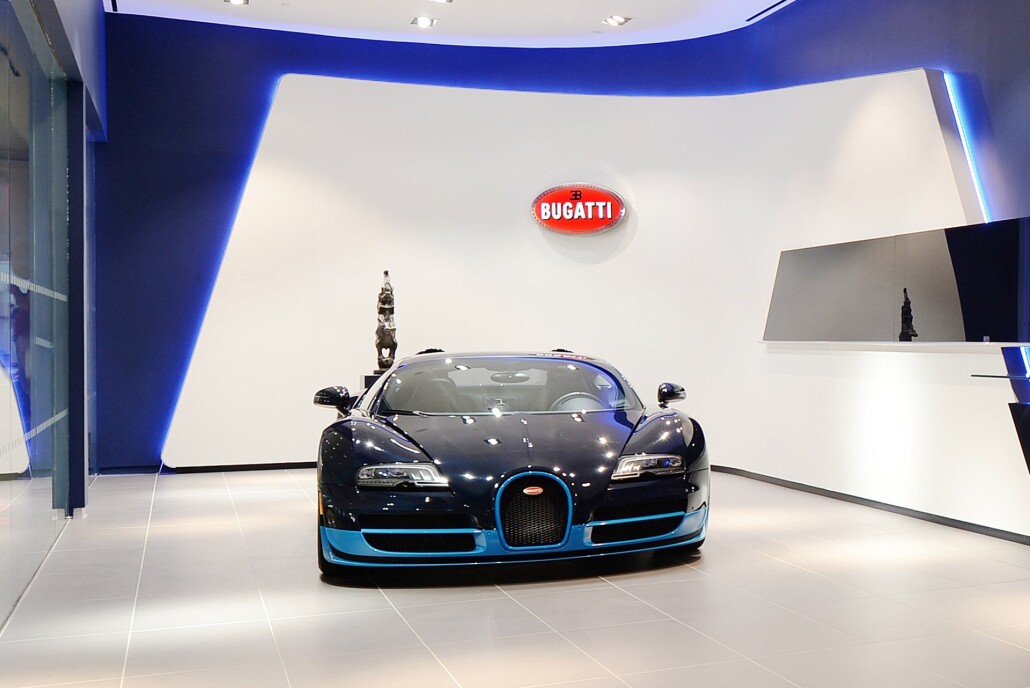 French supercar maker Bugatti are to open a host of new showrooms around the world as it prepares to unveil its eagerly awaited successor to the iconic Bugatti Veyron.

The successor, which it has been widely reported will be called the ‘Bugatti Chiron’, is set to debut at the 2016 Geneva Motor Show next March and has already been glimpsed by enthusiasts in prototype form.

Bugatti hopes its new showrooms, which includes sites in New York City and Miami, will encourage potential buyers to configure their ideal car in lavish and inviting environs. Much of the furniture used in the facilities is part of the Bugatti Brand Lifestyle collection.

Each new showroom has also been designed to provide potential buyers with the special brand experience enjoyed at Bugatti’s headquarters in Molsheim, France.

Furthermore, the showrooms will also feature a heritage section where the history of the Bugatti brand is highlighted via monitors showing various films and animations.