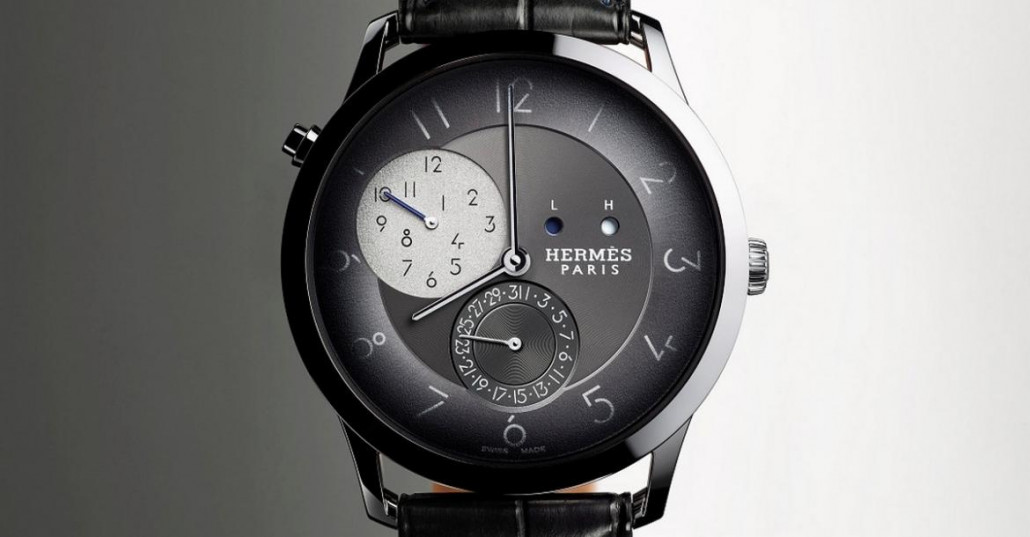 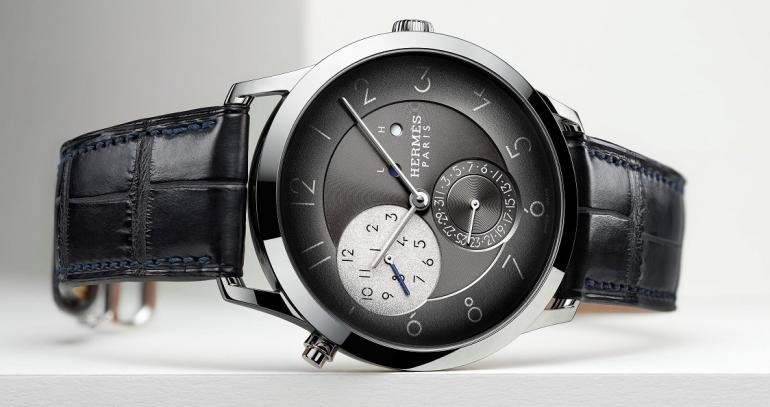 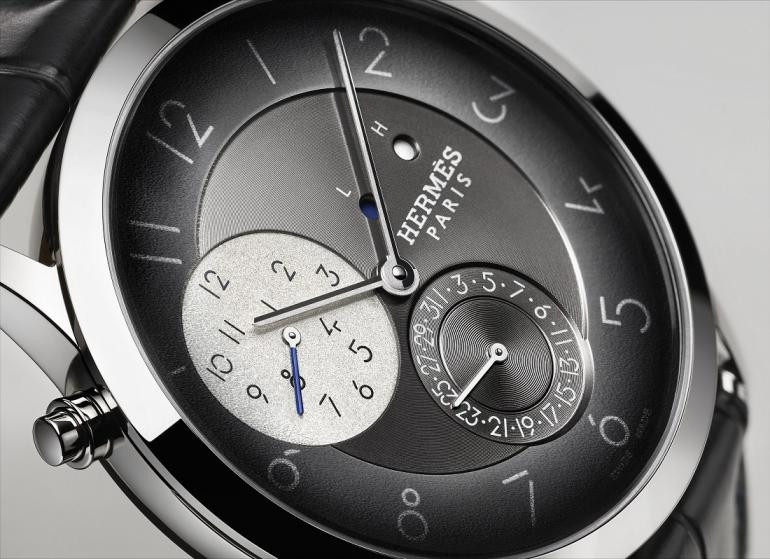 Hermes' emergence as a renowned creator of luxury watches has been a relatively slow-burner, but if their latest launches are anything to go by, they are stepping up a gear in a serious way.

In particular, the brand has been building a profile for their hugely popular Slim d’Hermes watch, steadily adding increasingly stylish pieces to the collection. Now with the launch of a GMT edition of this classic, the company is courting high-end travellers and jet-setters.

Perhaps the most notable feature is the case made of palladium rather than the usual white gold or steel.

Meanwhile the slate-coloured dial boasts the GMT counter in silver at 10 o’clock and the guilloche date counter at 6. The unconventional font (compared with previous Hermes watches) was created by French designer Philippe Apeloig for the Slim d’Hermès collection.

The watch is powered by the Hermès H1950, which is a mere 2.6mm thick, and can be viewed through the sapphire crystal caseback. A matte alligator strap with blue stitching is the finishing touch on this timepiece.