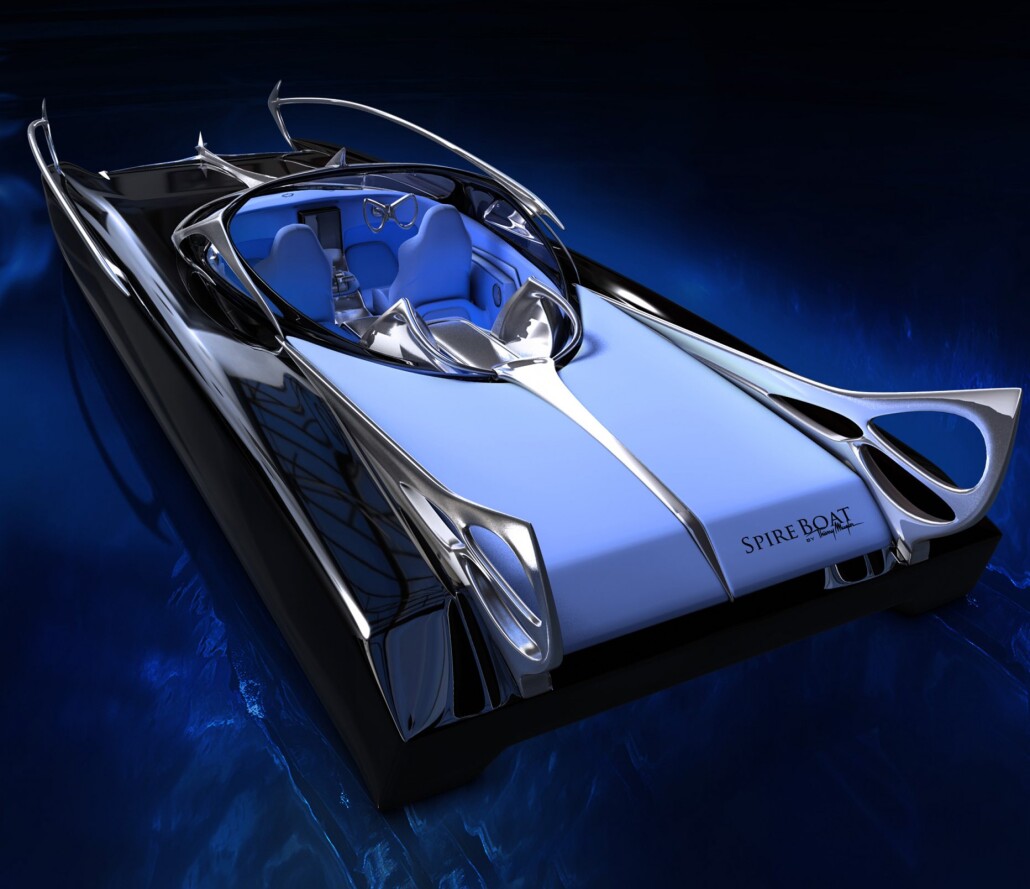 Created by French designer Thierry Mugler, the four-seat tender is inspired by the high performance ‘muscle cars’ of the 1950s, and boasts a carbon, composite and leather interior finish.

The vessel is powered by twin outboard engines, producing between 250 and 300 hp, achieving a maximum speed of 90 knots.

Christophe DeLataillade, design director at Mugler Studio, said: “After years of creating the most desired competition boats, the Spire Boat designers wanted to work on a outboard pleasure boat project that would combine competitiveness, safety and aesthetics.

“They turned to the Mugler Studio to design a rare and fantasy version of their new speed boat.”

Mugler Design Studio has worked on a number of high profile projects, including private jet interiors, 3D concept cars, and the re-design of the Gentry Eagle – the world’s fastest motoryacht.