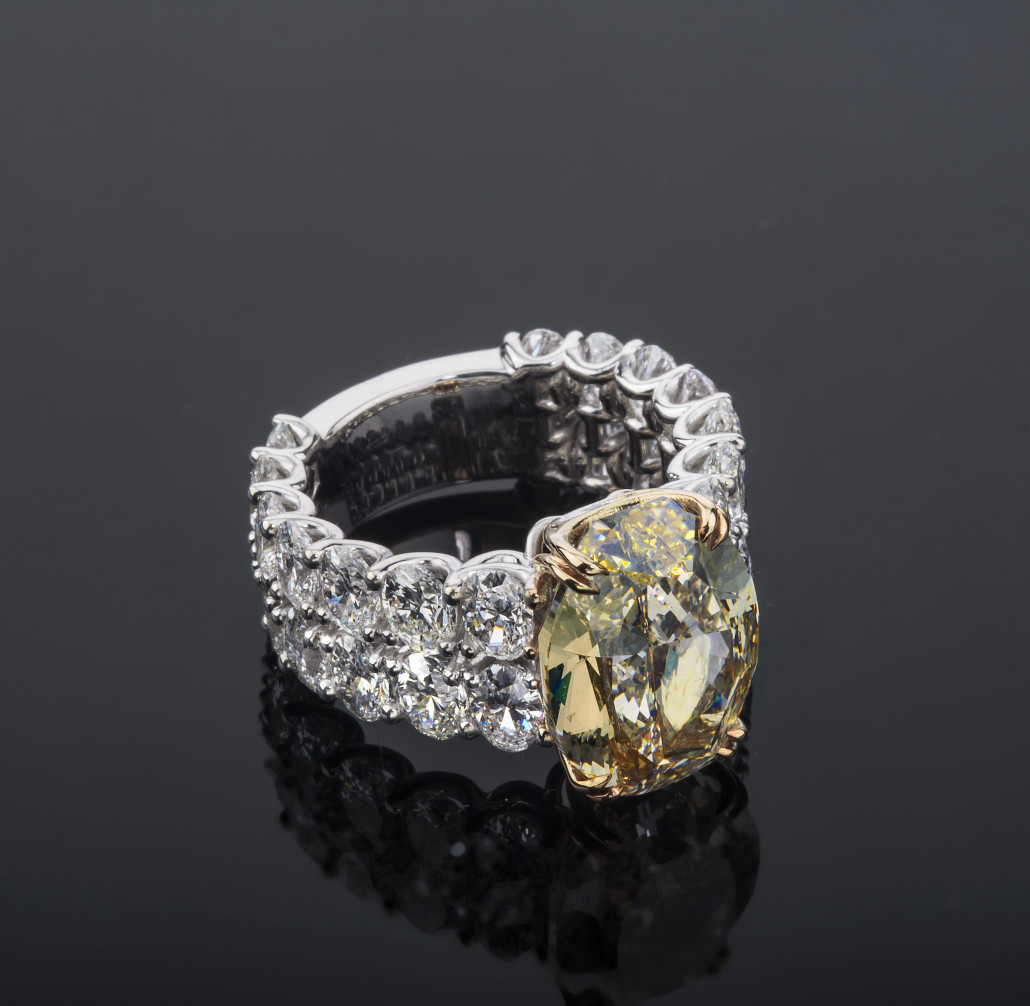 New York-based international diamond brand Samer Halimeh has partnered with SSH Maritime, a leading yacht charter, sales and construction company, to launch a series of summer diamond boutiques to be housed on superyachts.

The collaboration is being undertaken on four of the SSH Maritime super yachts – Chakra, Serenity, Grand Ocean and Omega – creating a “Bond Street on sea” for the ultra-rich.

Samer Halimeh has previously built pop-up shops in hotels, but this is the first time the brand has introduced a retailing concept in a nautical setting creating a diamond showcase on superyachts.

To announce the venture, Samer Halimeh held a VIP party and photoshoot where it showcased some of its best diamond jewellery pieces and important gemstones aboard Chakra, a 86-metre superyacht, moored in Cannes for the occasion.

Samer Halimeh, eponymous Founder and Chief Executive of the jewellery house, says: “Samer Halimeh are delighted to announce the launch of the summer superyacht diamond boutiques on board the Chakra, the exclusive SSH Maritime superyacht.

“Owners of the world’s most beautiful diamonds also use superyachts, private jets and 5-star hotels, which is why this collaboration with SSH Maritime is highly complimentary for both brands and clients.”

Established in 1999 in the USA, Samer Halimeh specialises in coloured and rare diamonds such as pink, blue and yellow, ranging from D Flawless to GH VS stones.

With its headquarters on Manhattan’s Fifth Avenue and a global flagship store in London’s Knightsbridge, the brand creates some of the world’s most beautiful and coveted diamond and precious gems, worn by famous names including Hollywood A-listers and members of various Royal families.

Prices for Samer Halimeh’s diamond jewellery range from £5,000 up to millions of pounds for bespoke pieces which use rare diamonds.