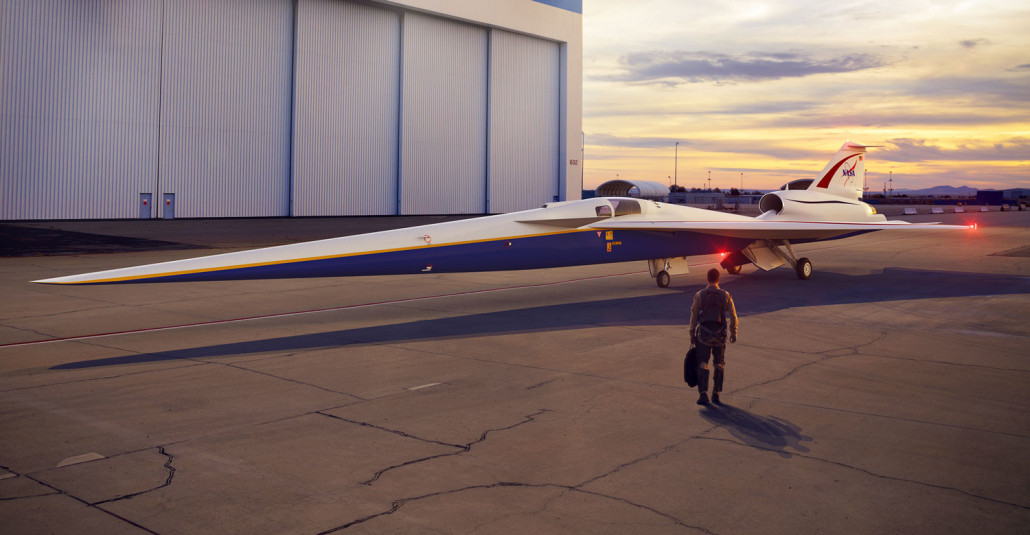 Supersonic passenger jet travel was put on the backburner with the demise of Concorde, but behind the scenes the world’s greatest minds have been working on a renaissance.

A number of concept jets have been put forward over the years, and the latest to do so is the brainchild of US aerospace research agency NASA.

They’ve come up with a supersonic jet concept that can travel at more than Mach 1 speeds and, if it ever made it to production, would slash the New York to London travel time to less than 3 hours – as well as doing so without creating antisocial sonic booms.

The aircraft could become the first commercial supersonic aircraft to carry passengers after the Concorde, and has already been dubbed the ‘Son of Concorde’ by aviation fans.

To compare the noise created by the X-59, NASA will first use a modified version of the F/A-18 Hornet fighter jet to check the ‘acoustic signature’ of the engines to be used in the airliner.

The space agency will have 500 people on the ground to answer a survey about the noise generated by the F/A-18 Hornet, to ensure the flight is quiet as it flies over Texas.

“We’re solely focused on addressing the challenges of quiet supersonic flights over land, reducing that sonic boom to a sonic thump,” said Sasha Ellis, a NASA spokesperson for the X-59 mission.

American startup Boom Technology, backed by serial entrepreneur Richard Branson, are currently building a supersonic jet, while Airbus are lending engineering support in creating a $120 million jet that can travel faster than the speed of sound.