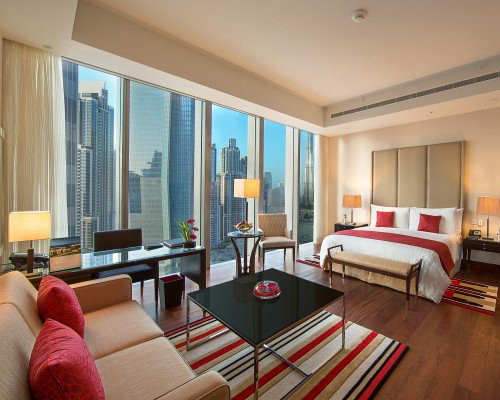 Indian luxury hotel group Oberoi has opened a new residence in Dubai – its first ever property in the United Arab Emirates.

Located within the Oberoi Centre, a vast commercial complex close to downtown Dubai, the new hotel boasts 252 rooms and suites, with most offering stunning views of the city’s skyline, including the iconic Burj Khalifa, the world’s tallest building.

Each of the hotel’s rooms and suites contain a range of lavish features and amenities including floor-to-ceiling windows and a 24-hour butler service, whilst all guests have the option of in-room check in.

The hotel also offers an impressive choice of dining options, including Umai, a contemporary Pan sian restaurant; Nine 7 One, an all-day eatery; and Ananta, which specialises in Indian cuisine.

Speaking about the opening, Prithvi Raj Singh Oberoi, executive chairman of The Oberoi Group, said, “We are pleased to present The Oberoi, Dubai which offers the highest standards of luxury and hospitality.

“The opening of the hotel is significant for us. A number of Oberoi Hotels have been consistently recognised as among the best in the world. I am confident that The Oberoi, Dubai will continue this tradition.”

Founded in 1934, the Oberoi Group has grown to become one of the world’s most highly regarded luxury hotel groups. It currently owns and/or operates 30 residences in five countries.