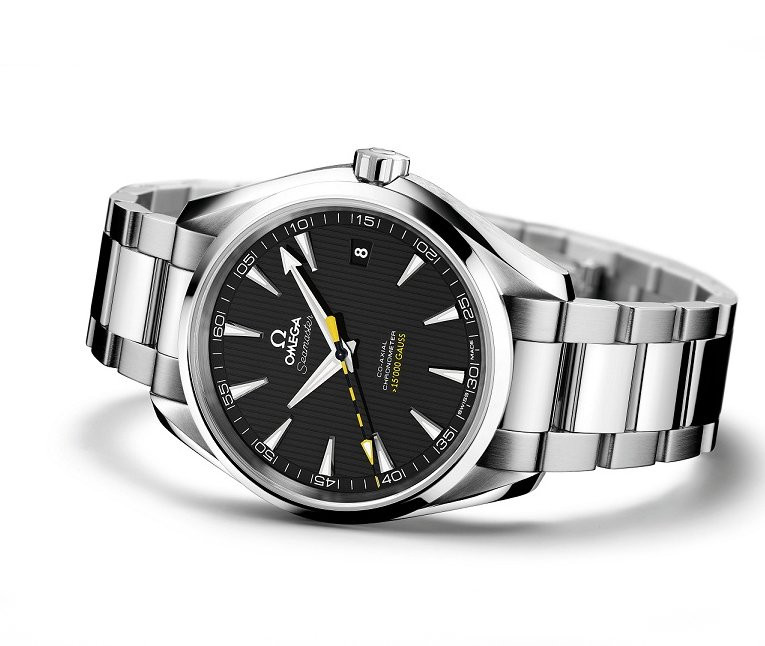 Swiss luxury watch brand Omega has designed an innovative watch movement billed as boasting greater magnetic resistance than any other watch ever made.

Recently unveiled at a press conference at the Cite du Temps in Geneva, the movement has been fitted in a three-handed Omega Seamaster Aqua Terra timepiece and is said to be resistant to magnetic fields greater than 1.5 tesla – beating the record by some distance.

The problem of resistance to magnetic fields has vexed the watch world for hundreds of centuries, with movements rendered useless if brought too near certain metallic substances.

In the late 1950s, Rolex began the fight-back by developing the Rolex Miligauss, a watch with a built-in faraday cage of non-ferrous metal, but now Omega claimed to have trumped any previous efforts with their new movement.

The Seamaster Aqua Terra timepiece complete with ground-breaking movement is set to be showcased at the prestigious BaselWorld watch fair in April, with shipping beginning later in the year.

Pricing has yet to be announced, but is expected to be in the region of $10,000.