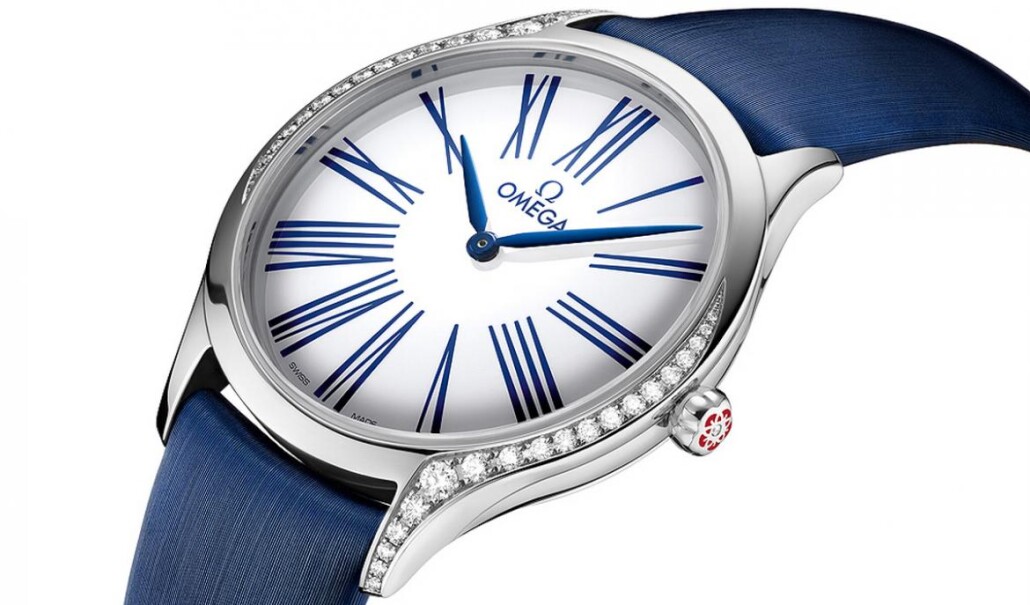 The first De Ville watch for women was unveiled in 1949, but since that time the focus has been on gentleman. However, these new iterations are a departure from this trend.

The new watches are defined by their thinness that measures a meagre 9.75mm thick for the 39-mm models, and 8.85mm for the pieces with 36mm cases.

Enhancing their more feminised profiles, the new Omega Trésor watches display 39 diamonds – 38 of them in paved in curves along each side and another single one set in the crown.

The sparkler on the crown is further embellished with a flower created out of five interlocking Omega logos.

Other notable features include the use of a Swiss quartz movement – the Omega Caliber 4061 – and the exclusively crafted cases in either stainless steel or 18-karat Sedna gold.

The collection will debut at Omega’s “Time for Her” pop-up boutique in New York City, open and running until March 2018.

Founded in 1848, Omega has grown to become one of the world's most famous watch brands.