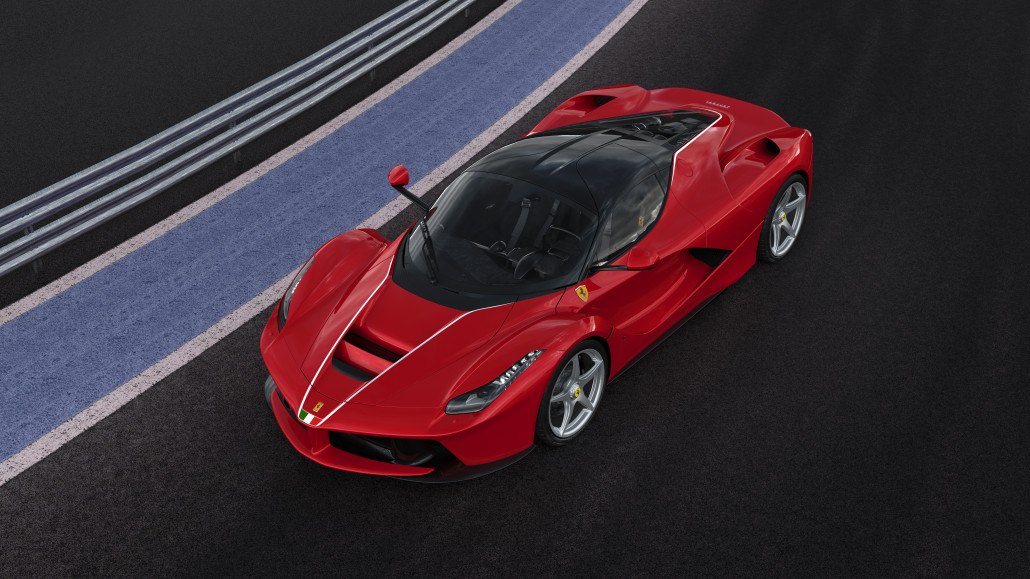 When the hybrid sports car LaFerrari debuted in 2012, it fast became one of the most revered supercars on the market.

Originally available in a limited edition of 499 units, last August Ferrari Chairman and CEO, Sergio Marchionne, announced that they would be creating one additional example – the 500th no less – to be auctioned for charity.

That charity, which will benefit earthquake victims in Central Italy, took place last weekend at the Daytona International Speedway during the Ferrari Finali Mondiali weekend, and resulted in the one-of-a-kind LaFerrari selling for an incredible $7 million, making it the most valuable 21st Century automobile ever sold at auction.

The HyperSuperca features a unique livery with a distinct Italian theme. The exterior finished in iconic Ferrari red with a white line on the hood and rear windshield. A small Italian flag adorns the hood and a commemorative plaque will signify the occasion. It is fitted with a 6.3-litre V12 engine mated to an advanced KY-KERS system.

Ferrari often use their supercars to celebrate special causes. With the Ferrari Enzo, they gave number 499 to the Pope before deciding to manufacture a final example for legendary F1 drive Michael Schumacher, who remains in intensive care several years after a skiing accident.

In addition to RM Sotheby’s and Ferrari working together on the special charity sale, the auction was held in collaboration with the National Italian American Foundation’s Earthquake Relief Fund.