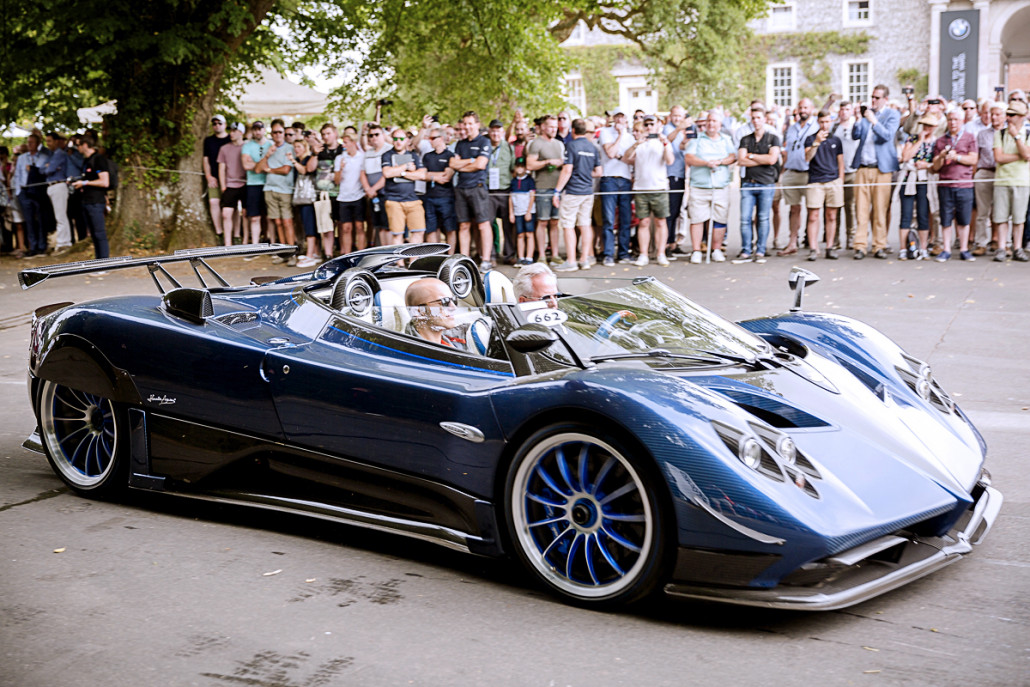 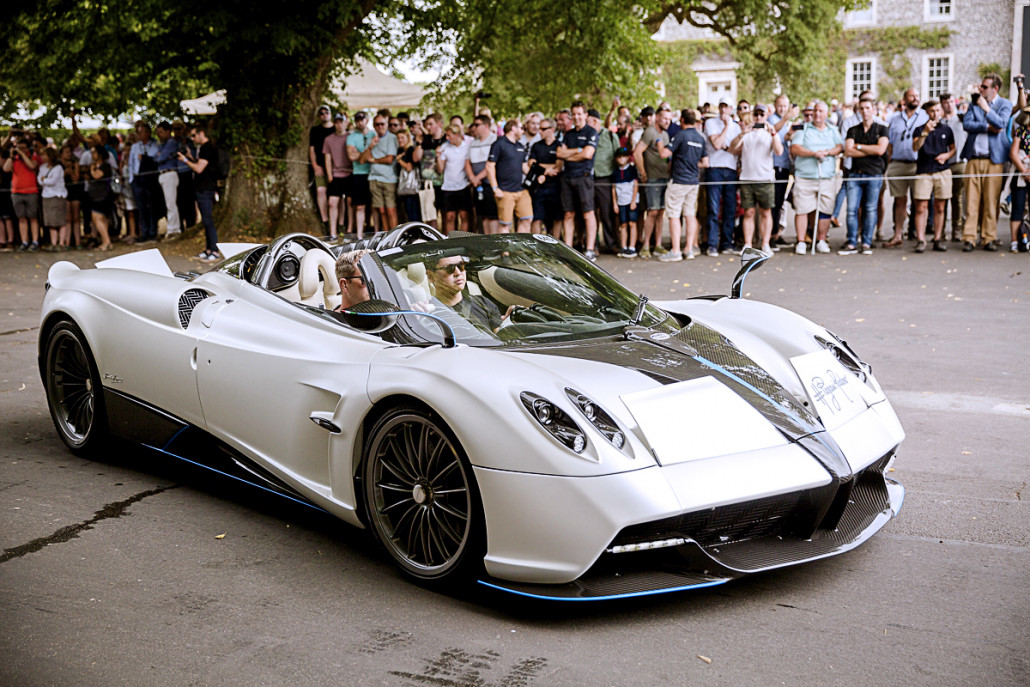 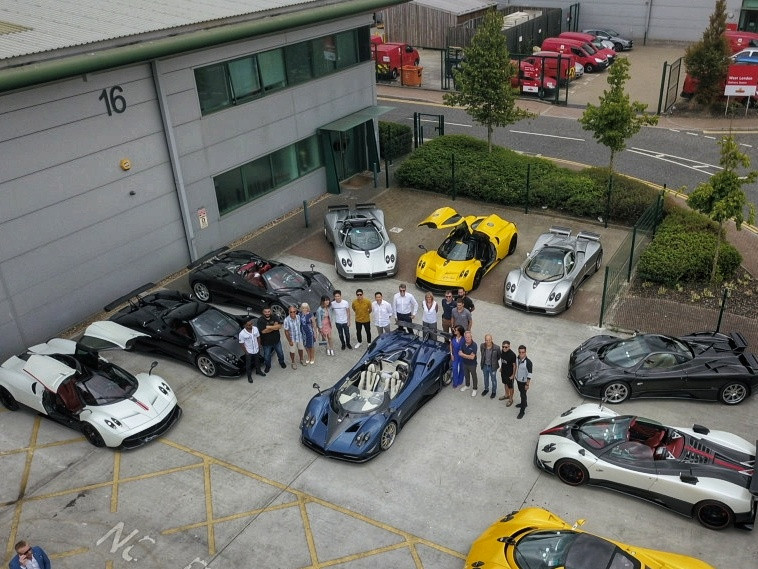 The largest ever Pagani gathering in the UK, valued at well over £35 million, the exceptional convoy was led by the Italian hypercar maker’s founder, Horacio Pagani, driving currently the world’s most expensive new car, the exclusive Zonda HP Barchetta.

With an estimated value of €15million, it is the first of just three such open-topped models planned to be made, with this unique example being Horacio Pagani’s personal car, and the other two examples already pre-sold.

Watched by thousands of onlookers during the run down from London to Goodwood, the jaw-dropping convoy turned heads where ever it went.

After an overnight stop, the procesion continued on to Goodwood, with the cars all descending on the 2018 Festival of Speed in unison and being parked-up in a specially reserved row.

Away from this special display, Festival of Speed spectators were also treated to the ultra-rare chance to get up close to yet more Paganis, with both the Zonda HP Barchetta and production version of the Huayra Roadster on display in the Goodwood Supercar Paddock.

The hypercar pair also made their world debuts at Goodwood, both tackling the legendary 1.16-mile Festival of Speed Hillclimb.

“It was very rewarding to meet with so many keen, appreciative and knowledgeable enthusiasts at Goodwood, especially given their appreciation of art and design meeting engineering excellence.